TRAGIC MUSE: Steeped in heartache and loss, Desdemona is an incisive character study 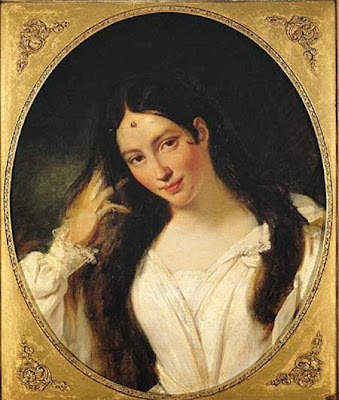 Marriage may be many things but easy isn't one of them. That's a hard-won lesson for the tragic antiheroine of Desdemona: A Play About a Handkerchief, Paula Vogel's trenchant character study of one of the most complex women in the dramatic Shakespearean canon.

In tackling such disparate concepts as female identity, sexuality and friendship, the play thrusts viewers deep into a world where the lives of women are fiercely controlled by their men and deception is as rampant as the petticoats littering the palace backrooms.

At the crux of the story, Desdemona has misplaced the handkerchief (a symbol of deceptive simplicity) her ill-tempered husband Othello gave her, and failure to locate it, or should it end up in the wrong hands, spells trouble. Needy, chatty and given to bouts of recklessness, Vogel's compelling portrait of the character (played with pint-sized conviction by Shelecia Lee) is a blend of Cleopatra's insouciance and Ophelia's naïveté.

The play also makes a point of exploring the hot-and-cold relationship between Desdemona and devoted girl servant Emilia (O'Neisha Heron), wife of the treacherous Iago, and with her garrulous, gossiping gal pal Bianca (a terrific Shanthele Simms).

At the outset, such a play immediately comes across as a male-bashing treatise, but here in director Kelli Nelson's vision of the provocative work, the foibles and failings of women are as poignantly explored and depicted as their struggles and oppression.

"Marriage is a lie," one of the women note around the play's halfway mark, and it's a line that proves pivotal, if at all haunting, in this searing, occasionally amusing, but ultimately tragic, account of heartache, unshakeable regret and piercing loss. Tyrone's Verdict: B

Posted by TALLAWAH Magazine (tallawahmagazine@gmail.com) at 11:35 am