11 QUESTIONS: Basil Dawkins on a lifetime of telling stories and invaluable lessons learnt along the way

AWARD WORTHY: With cast members, accepting the Actor Boy for Best Production, for 2009's For Better or Worse.

Back with his latest effort, the ensemble piece My God Don't Wear Pajamas, the ace playwright-producer continues his quest of spinning authentic home-bred tales laced with universally resonant themes. He talks to TALLAWAH about the young man he was and the accomplished titan of Jamaican theatre he has become:

When did you know that you wanted to write plays?
I started out acting [with the University Dramatic Arts Society], but when I graduated from UWI I got a job that had me travelling a lot all over the place. And I realized that the only way for me to stay in touch with theatre was to write. Plus, it helps pass the time when you're overseas staying in a hotel.

What's the most important element in writing a successful Jamaican play?
A strong story with engaging characters. The less comedic you go, the higher the risk of not being successful. Even if you have elements of seriousness, you have to package it with a healthy serving of comedy. The sweetness will make the medicine go down a little easier.

What part of the story do you usually find the hardest to write?
Once I come up with the construct of the story, I just faithfully write it. I don't mechanically go about writing this for comedy or that for drama. Whatever is the honest thing that the character would say, that is what I write. And if at the end of the day it's comedic or dramatic, that's it.

What do you do when you'e not writing?
Producing, touring, thinking about what next to write. Generally, I'm either recovering from a play or getting ready to get into another one.

How have you managed to defy categorization as a writer all these years?
I tell people all the time, Don't categorize me as someone who is always going to write a drama or a comedy. Mi ah guh tell you a story. That is me. And you're going to find that in the midst of the most terrible things something humorous is happening, and in the midst of the most humorous thing, something tragic is happening. So I don't put myself in a box. 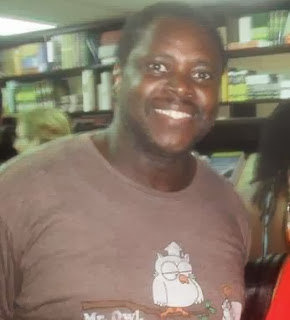 Who were your icons and mentors growing up?
From I was about seven, I was reading Easton Lee's scripts. He used to write plays for the Jamaica Social Welfare when my mother was a welfare officer in Westmoreland, and she used to direct them in the community. Also, Barbara McCalla was the person who ushered me into theatre really. When I just started out acting she was already a big talent.

What inspired the title of your latest play, My God Don't Wear Pajamas?
The title is just a cute way of saying God nuh sleep.

When are you going to publish your first book?
I had a complete draft of a book I was writing about how to successfully produce a play. But then one of the big hurricanes came and wet up everything. And every day I say to myself that I really should go back and write it as a guide to help others. I was even thinking of taking a year off from theatre to just focus on that instead.

What do you consider your greatest achievement?
Surviving in this business against the odds.

Your kids are now full-grown adults. What's a valuable lesson fatherhood has taught you?
I didn't meet my father until I was in my 50s, and I had decided that under no condition would I let my children grow up without me. Whatever is the circumstance, I'm going to be in their lives as a positive role model and influence. They must can access me if the need arises.

What do you hope people remember most about Basil Dawkins' work 20 years from now?
That it was always extolling the ability to forgive oneself by forgiving other people. And the theme of the underdog triumphing and being the one with the wisdom. I hope that I leave people feeling better and that the play starts a conversation.