11 QUESTIONS: Prof. Edward Baugh on his new anthology, the true role of the poet, and being young at heart 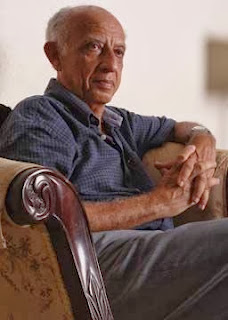 IN PROFILE: "I like to think that I don't have any regrets."

What chiefly inspired the pieces collected in Black Sand?
The inspiration this time around is really no different from the inspiration for other poems. It's a mixed bag of sources: something I observed that strikes me from everyday life, in politics, or some story from history, or a relationship of mine with a person. These are poems which were mainly written after my last collection, which was back in 2000. So they cover about 13 years.

When did you know that you wanted to write poems and stories?
It's hard to say when exactly. I mean, it just came. From school days I wrote my first couple of poems, and it was because even from then I liked the sound of poetry and the kind of, I suppose, illumination that I got out of it.

What do our emerging-generation writers need to know about achieving literary greatness?
They must write and write well. And it's a good thing to have their work looked at by people whose opinions they trust.

At 77, how do you feel about the advancing years of your life?
You're supposed to feel that you're still young (Laughs). But as one becomes more and more aware of [age], one tends to find that one's poems, for instance, might want to focus on the whole business of aging. It's just a reality that one has to deal with. 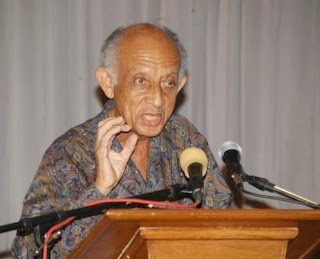 Do you think the Caribbean will ever produce another Nobel Laureate to join the ranks of Walcott and Naipaul?
It's hard to predict something of that nature. It would be a blessing because there are still some very important writers from around the region.

Who are your favourite writers?
Derek Walcott, novelists like Samuel Selvon, Earl Lovelace, our own Erna Brodber and Lorna Goodison, who is a wonderful major poet.

What is your biggest regret?
I like to think that I don't have any regrets. I must have some, but I can't think of them now.

What do you do when you're not writing?
Reading and playing tennis as recreation. I sit on some committees of various things. I am invited to give lectures either here or abroad. So I am kept fairly busy.

When and where were you happiest?
Maybe in my childhood in Port Antonio growing up. But then again, I don't have any sad spots to look back on because I've been very fortunate and happy and blessed all my life.