A MOVEABLE FEAST: From gizzarda to gourmet, Kingson Kitchem stamps its mark on Jamaica's culinary culture 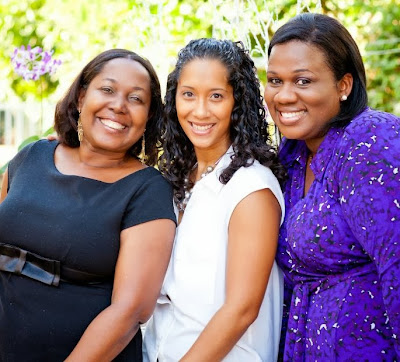 DREAM TEAM: The women behind Kingston Kitchen (from left): Sinclair, Wong and Miller.

Two years ago when Leisha Wong, Jacqui Sinclair and Melanie Miller embarked on a foodie enterprise they cleverly dubbed Kingston Kitchen, it was a leap-of-faith undertaking more than anything else, aimed at drawing attention to Jamaica's wide-ranging culinary culture and doing so in an outdoor setting that combined great atmosphere, a sense of fellowship and good food.

Now the event has mushroomed into a lively extravaganza of increasing regularity, marked by exciting booth displays, a kiddies entertainment village, fast-emerging home-bred products -- and a girl-power team that is basking in the glow of much-deserved early success.

"It's just grown exponentially and has really surpassed all our expectations," Leisha Wong tells me. We're chatting at Hope Gardens on a balmy Saturday evening as the second anniversary Christmas staging gets into full swing. The crowd is swelling by the minute and a sound system is playing a succession of pulsating of-the-moment tunes.

"The growth has really blown our minds," she continues, "but eventually it showed us that there was a need for something like this. [Jamaica] has such a strong culinary culture." 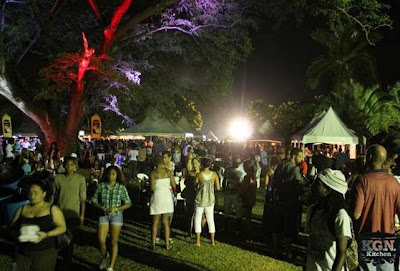 Part of the event's incredible appeal is the amazingly diverse offerings that patrons, by all appearances, don't shy away from indulging in and savouring. "We have people like the coconut man and Aunt Merle's jerk alongside gourmet, ribs, hamburgers. So it's a massive spread," Wong points out.

And very much like any successful collaborative effort, team work is everything for Kingston Kitchen Limited. "Melanie does events; that's her strong point. She does the logistics and everything. Jacqui is the foodie with the culinary background," Wong explains. "Then my background is really in journalism, so we do a magazine. And that will definitely be a part of our brand going forward. So we're growing."

Indeed. This past November, the ladies flew in Bravo TV's Chef Roble Ali for their inaugural premium event, a Signature Series dinner in Kingston. And as Wong makes clear that was only the beginning of a bold new chapter for Kingston Kitchen."Next year we'll be launching our online market, and we hope the magazine will get bigger because people love the magazine," she observes. "And we're looking forward to it. People have really been supporting us, and we appreciate the love."