CUT TO THE CHASE: To The Finish is a winning look at pride and glory, ruin and redemption 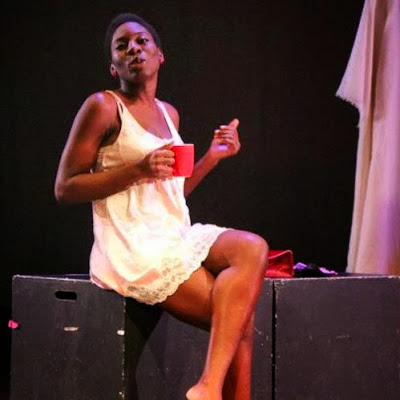 How does a superstar athlete who's made it to the very pinnacle of track-and-field success ever truly make it back after a devastating fall from grace? That's as good a central question as any driving the plot of Dahlia Harris' newest effort, To The Finish, a fast-paced cautionary and coming-of-age tale about family and trust, choices and consequences.

As penned by Harris and co-directed by Suzanne Beadle, the play has all the flourishes of a solid production: believable characters and performances, an involving story and universally resonant circumstances in its unflinching gaze at triumph and failure and the never-ending power of redemption.

Julene Robinson, a terrific talent in full bloom, is ideally cast as rural phenom-turned national champion Veronica Speid, whose record-setting natural athleticism and powerhouse sprinting catapults her to athletics glory. But there are weighty lessons to be digested of how straying from the straight-and-narrow can often bring about scandalous ruin on oneself and on those in your corner. Without giving away too much of the plot, it's all ripped-from-the-headlines current, and there are genuinely moving moments captured with real depth and palpable emotion. The conclusion, however, feels a tad too hasty.

Ultimately, as To The Finish (with its rustic-chic set design and decent lighting) wisely observes, when you've hit rock-bottom, the only way to go is up. Tyrone's Verdict: B+