GOING FOR GOLD: Strong frontrunners emerge on the road to Oscar night 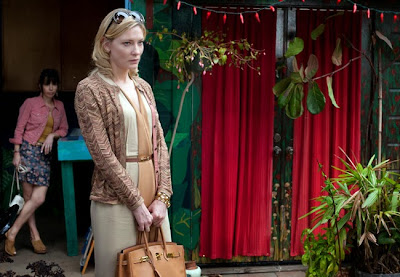 CLASS ACT: Blanchett has been earning raves for her work in Blue Jasmine.

Hollywood's awards season is on in earnest and is shaping up to go down as one of the most exciting in recent years. Ahead of the impending announcement of nominees for the Golden Globes, Screen Actors' Guild, Critics' Choice and the Academy Awards, a few notable front-runners (films and strong acting candidates) have begun making their presence felt, picking up wins this week at the Gotham Independent Film Awards and the very influential New York Film Critics Circle Awards.

Among those garnering major buzz on the utterly unpredictable road leading up to Oscar night (March 2) are co-stars Matthew McConaughey and Jared Leto (Dallas Buyers Club); Robert Redford (All Is Lost); Jennifer Lawrence (American Hustle); Chiwetel Ejiofore (12 Years A Slave) and Michael B. Jordan (Fruitvale Station). And when it comes to the Best Actress honours, by all appearances Cate Blanchett in Woody Allen's Blue Jasmine is the woman way ahead of the pack.