LADY OF THE HOUSE: Mary Poppins brings her infectious wit and cool tunes to the Jamaican stage 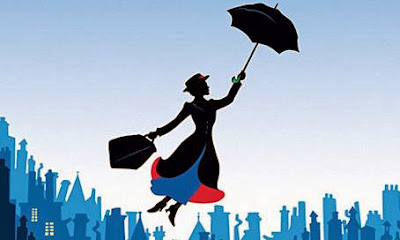 UP IN THE AIR: An artistic sketch of everybody's favourite musical nanny.

A year after trying her hand at The Sound of Music, Sodanne Browne, the brains and driving force behind the now-seven-year-old Pro Moves Dance Company, opted to tackle Mary Poppins, a surprising (if fascinating) choice. The result? A respectable, sporadically lively homage to the Walt Disney classic, which has been repeatedly interpreted and mounted from the West End to Broadway.

Ably demonstrating that when it comes to musical theatre she's no shrinking violet, Browne enthusiastically stepped into her idol Julie Andrews' size-8 flats as the titular nanny, armed with her trusty umbrella and a pleasant number for almost every occasion, the melodious and catchy "A Spoonful of Sugar" being the most well-known of the lot.

In emulating Andrews (and those refined mannerisms, down to the very tone of voice), Browne gives her best shot to what could have been a daunting undertaking for others. She conveys an appeal cloaked in a noted maturity well beyond her 29 years.

Meanwhile, given the limited expressions of the cast largely comprised of first-timers and untrained teens and tweens, the overall production came up short on the requisite oomph to guarantee a memorable home run. On the upside, though, the effort (including the vivid special effects and an inviting set) must be lauded for giving the whole thing a homely feel and a mise-en-scene akin to razzle-dazzle lite. Tyrone's Verdict: B-