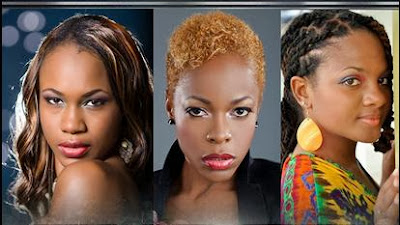 It's definitely worth noting when reggae artistes redevote themselves to doing things in a refreshingly appealing way. On the weekend Three The Hard Way brought together at Red Bones (always the spot to discover the new and the next), the multi-talented trio of singer-songwriters Stephanie Wallace-Maxwell (the mastermind behind the whole thing I'm told), veteran songbird Aisha Davis (whose new music I can't wait to hear and relative newcomer Niquet Goldson (a medical doc by day), who managed to share the spotlight without dimming their individual megawattage.

'Twas a musical feast to say the least, as the songstresses made a point of delving into stirring original tunes, groovy covers and smooth interpretations of carols plucked from Stephanie's recently released Christmas CD. And one can't commend the backing band highly enough.

For the record, I'm a huge fans of each of these girls, and their performances on Saturday night only served to reinforce my admiration -- even as it became poignantly clear that we don't see women entertainers in Jamaican music joining forces in this manner more often.

If nothing else, Niquet, Aisha and Stephanie are drawn together (they were at Mario Evon's video launch when the idea hit) by their mutual passion for the musical arts. What's more, they know how to put on a show. 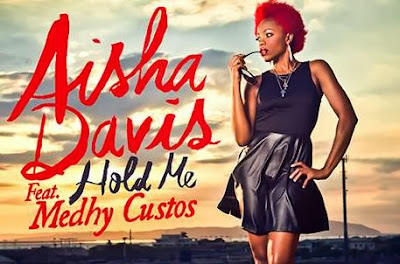 Individually, they dazzled (vocally and in person): Stephanie rendering cuts from her Real Woman EP and energetically channelling the likes of Bruno Mars on "Treasure"; Niquet showing off a glorious range with her treatment of Beyoncé's "Love On Top" (complete with a pair of male back-up singer-dancers); Aisha bringing the heat with her radio-ready single "Hold Me" and a bring-them-to-their-feet take on Whitney Houston's "Learned From The Best," among other numbers.

Their subsequent appearances together, recalling such supergroups as SWV and En Vogue, heightened the wow factor. "Giving Him Something He Can Feel" (a too-obvious choice, I'll say) delivered commanding harmonies, but it was their performance of Nina Simone's classic anthem of the Negress experience, "Four Women," that sealed their allure as an impromptu trio that could make the transition to the real thing.

One can't help following what the real risk-takers (of both genders) in Jamaican music get up to these days. So with a Part 2 already in the works, the ladies of Three The Hard Way have their work cut out for them in topping Saturday's sensational shinding. Job well done, girls.