THE MOMENT: Tessanne's heroic triumph on The Voice is a reminder to dare to dream 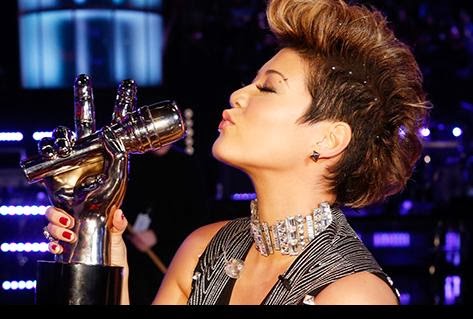 GOLDEN GIRL: "I don't think it will ever sink in. I'm still floored at the outcome," admits the singer, performing her swan song (below) on Tuesday.

Maya Angelou once said, "How important it is for us to celebrate our heroes and our she-roes." Today, across the world, there is continued rejoicing among Jamaicans and new fans alike in the wake of Tessanne Chin's sensational, groundbreaking and much-deserved triumph as the Season 5 victor of NBC's The Voice.

What was largely a prediction from the moment she nailed her blind-audition take of Pink's "Try" came to pass, with the added bonus of a spectacular prima-diva pairing with Celine Dion (for "Love Can Move Mountains") during Tuesday night's star power-heavy grand finale in Los Angeles.

"It hasn't sunk in yet. I don't think it will ever sink in. I'm still floored at the outcome," Tessanne confessed to Entertainment Weekly after the announcement.

Blessed with golden vocals and sweetness for days, Tessanne Chin is a young woman (she's only 28) who appears driven by a vision of pulling off superlative feats, in spite of the self-doubt that can occasionally (and understandably) come into play. And, for me, her triumph on Tuesday powerfully reinforces the view that where there are nerves, doubts, blockades and barriers we must learn to see promise and possibility. 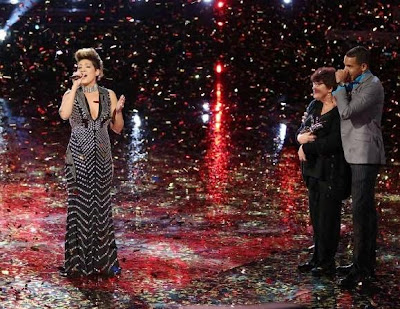 Says coach-mentor Adam Levine, "I believe she was destined for success, whether it was on The Voice or abroad. I knew that this was going to happen in some way, shape or form for her."

Young and accomplished Jamaicans like Chin, Bolt, Fraser-Pryce and, indeed, Ardenne High's Dea Thomas, who all embody that infectious and endlessly thrilling can-do spirit, deserve far more than our recognition and celebration. Above all, they deserve our unflinching and unwavering support as they take their lives into the future.

Of course, there are many more Tessannes waiting in the wings, and her big win on The Voice strongly signals the dawn of a new age of possibility and achievement for not just Jamaican entertainers, but for those of us who, very simply, dare to dream.