A WHOLE NEW WORLD: Aladdin is awash in charm, wit and a vivid palette 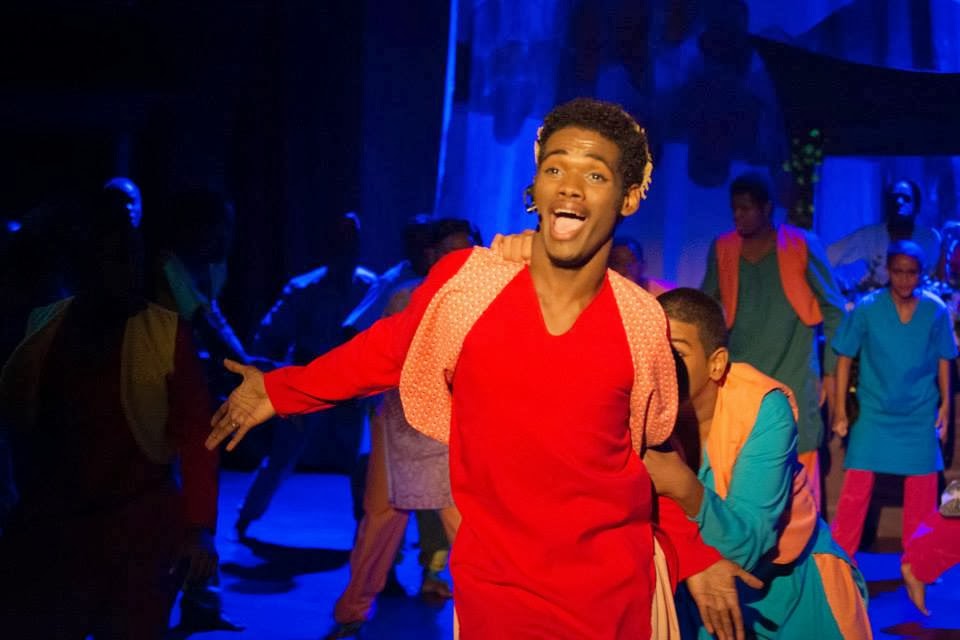 The Jamaica Junior Theatre Company's Aladdin is a flashy, fun adaptation of the Disney classic and Broadway smash that finds its energetic cast of teens and tweens rendering the Tim Rice/Elton John score with astonishing maturity and no shortage of élan.

As you all know, Aladdin is one of the most popular love stories -- not just on celluloid -- but of all time, but in the hands of the resourceful JJT crew, it's given radiant charm and polish (in spite of the limitations of the Philip Sherlock Centre) and an emotional heft that belies the age of the show's young actors.

Stage ingénues like charismatic leads Andrew Bailey (the titular loverboy and self-proclaimed street rat) and Justine Rookwood (level-headed Princess Jasmine) share a palpable chemistry that makes their performances quite intriguing. And because every epic romance has its villain, the talented Ricardo Barrett gets to channel his inner baddie as the menacing Shahrivar, a striking cross between The Lion King's Scar and The Princess and the Frog's Dr. Facilier.


Meanwhile, the performers make light work of such standout musical numbers as "Friend Like Me," the popular "A Whole New World" and "Strongest Suit" (aka "I Am What I Wear"), which highlights Carolyn Chin-Yee's ravishingly colour-blocked costumes that authentically evoke a sense of Persian glamour and whimsy. As for the supersized chorus (over 40 members) and auxiliary cast, props to Andrew Grant, who pulled off a fantastic job as the big, blue, sassy Genie (peeved that he'd been summoned from his Jamaican vacation) and Ashley Thurlow as Razia Sultana, the maternal if a tad materialistic empress of Assam, the production's fabulous Oriental setting.

Overall, the show looks good, the kids sound great, and it's all executed with wonderful pizzazz, making this a joyous jump-start to the 2014 crop of theatrical delights. Tyrone's Verdict: B+