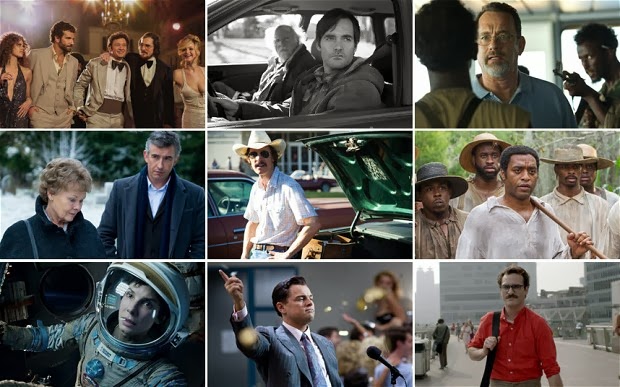 AHEAD OF THE PACK: A diverse batch of films are vying for top honours at the upcoming Oscars.

With less than two months to go before Hollywood's biggest night arrives, the Motion Picture Academy on Thursday morning revealed this year's list of nominees who will be vying for a little gold man come March 2.

Though Idris Elba didn't make the final cut for Best Actor consideration, his film Mandela: Long Walk to Freedom was honoured with a Best Original Song nomination ("Ordinary Love", written and performed by U2.) The Black community is also represented in that category by hip-hop superproducer Pharell Williams' tune "Happy" from Despicable Me 2, and in the acting categories by Somalia's Barkhad Ali (Captain Phillips) and Chiwetel Ejiofore and Lupita Nyong'o, the award-worthy stars of 12 Years A Slave, which is highly fancied to walk away with the grand prix on March 2.