LET'S RECALL A GREAT MAN: What made Peter Tosh such an original 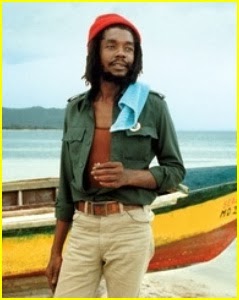 GENTLE GIANT: "His charisma and delivery made up for any shortcomings."

In Remembering Peter Tosh (Ian Randle Publishers), a nostalgic anthology of tributes, compiled and edited by Ceil Tulloch, loyalists and former acquaintances of the legendary Jamaican musician reflect on aspects of his multi-dimensional life (from the stage to the kitchen) and make a persuasive case for his place in music history. Herewith, a sampling of their testimonials:

"Peter was the one who really launched Sly & Robbie as a unit on stage, so people could really see what we did inside the studio on stage. And I thank him very much for that. This was the time when Robbie and I started shaping ourselves into the perfect unit. The thing that I admired most about working with Peter was his giving us the freedom to play as we saw fit. He never once dictated to us how we should perform. At nighttime, Robbie and I used to sit in a room and discuss ways we could improve our performance from the previous night by doing different things." -- Lowell 'Sly' Dunbar, Grammy Award-winning musician

"Except for his struggles with the Jamaican authorities over the use of ganja, I believe that Peter was really loved by his fellow citizens. People who knew Peter and understood his work all loved him. There is an expression [that goes], 'A king is not a king in his own country until he goes out and conquers.' So while Jamaicans loved Peter, he was not fully accepted by them until he had made a name for himself internationally like Bob Marley had done." -- George 'Fully' Fullwood, ace guitarist and Soul Syndicate founder

"One of the things that we had in common socially was our appreciation of spicy food. Bush (as Tosh was affectionately called) not only enjoyed a good meal, he was also quite adept at cooking. Actually, he was an excellent cook! I believe that his culinary skills were a result of his upbringing in Trench Town....Bush would make an excellent soup, but if you do not like hot food, you would be in trouble because he prepared his meals very spicy." -- Dennis Thompson, studio and live engineer par excellence

"Peter was a mystic and developed a Creation theology, which was reflected in his finest piece of reggae music called "Creation"....Peter must be understood as an integral part of the Caribbean theologians' struggle for a theology of exploration and transformation, in which the goal is to make the unconscious become conscious....He helped to raise Caribbean theology to a new level of consciousness, when he began to explore the depths of Caribbean music with a penetrative and perceptive vision." -- Reverend Canon Ernle Gordon

"Peter was a lightning rod for the music, politics and culture of the Third World, and his charisma and delivery made up for any shortcomings he had musically. His approach to music and writing was inexorably tied up into the message he was delivering. It is impossible to separate them. Peter would take simple ideas and then turn them into rhythmic calls to action. The listener couldn't resist either the music track, or the message." -- David Wingate, former Columbia Records product manager