MAN OF THE WORLD: As chief curator, Charles Campbell brings a global view and cool factor to the National Gallery 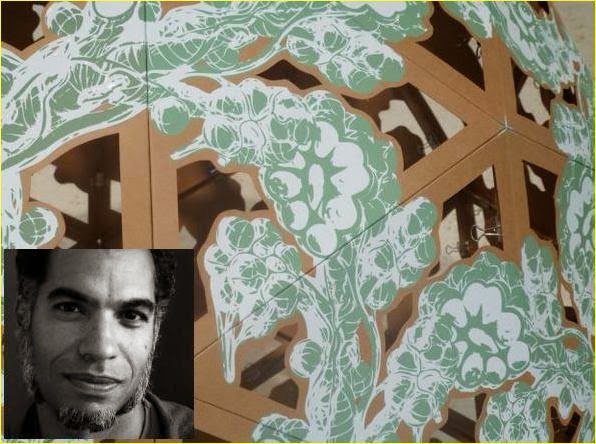 Circa 1992, Charles Campbell was among a diverse bunch of emerging Jamaican artists selected to have some of their best work showcased in an exhibition being put on by the National Gallery. It represented a life-changing opportunity for the then rising star who went on mount well-received solo exhibitions from here to London to his adopted Canada.

Fast forward a couple of decades, and Campbell is talking with TALLAWAH from behind his desk at the gallery, which recently named him its new chief curator. Having just wrapped his first day on the job and heading off to a committee meeting in ten minutes, Campbell exudes the measured enthusiasm of a focussed worker eager to make his mark but, given the grandeur of the assignment, has resolved to proceed cautiously. As he puts it, it will be no walk in the park.

But perhaps the high point of his embarking on the two-year contract is that the job marks a sort of coming-full-circle for him. "I'm really happy to be in this position," the 43-year-old multi-disciplinary artist admits. "I'd grown up admiring the National Gallery, and when I was included in that exhibition it was a big milestone in my life. So to be coming here now as chief curator is another huge milestone."

Campbell's parents migrated with him to Canada when he was only five. He matriculated at college in Montreal before settling in British Columbia for ten years. Thanks to the thrilling new gig, he's returned to Jamaica full-time. To his mind, how do the two places compare in general? "Jamaica is a very challenging society," he says, "but it is a very human place."

Collaborating with an estimable team that includes Executive Director Veerle Poupeye, Campbell says he's looking forward to ushering in a bold new chapter in the life of the NGJ at a time when modern Jamaican art is experiencing such a wave of radical change. "I am hoping to help the gallery take its place in the wider world. And the first steps in getting there will involve looking at what is happening, and there are a lot of interesting things happening in Caribbean art right now," explains Campbell, an avid yoga teacher on the side. "I feel there is a major role for the gallery to play with regard to what is going on."