ON THE RECORD: Musician Samuele Vivian riffs on his new album, his talented protégé, and finding balance 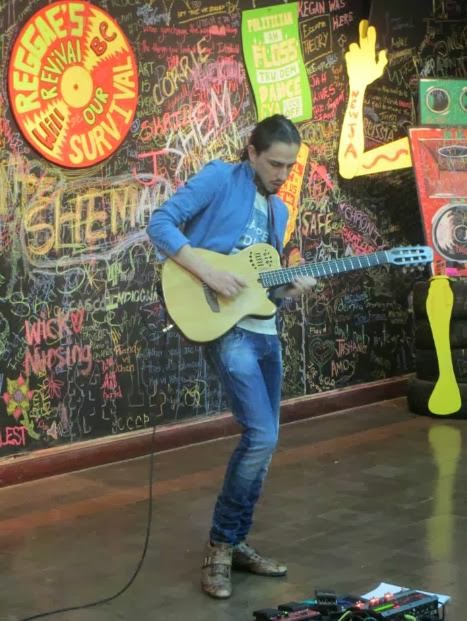 STRING THEORY: The Italian guitarist in performance recently inside the National Gallery.

TALLAWAH: Releasing a new album (Dubwise, being launched soon) is a fantastic way to kick off the year. What's the vibe like on this disc?
Vivian: It's a very Mediterranean style of guitar mixed with more Jamaican influences, especially dub music and Nyabinghi. And there's some jazz on it as well.

You manage to juggle so many balls as an artist: recording, performing, teaching, touring. How do you maintain your rhythm?
It's not easy but somehow I manage (Laughs). Recording and teaching inspire me with a lot of new ideas because I interact with young minds all the time. Whenever I have a break from school, I go into more recording, so that helps me with balancing everything.

Your appearance this weekend at Jamaica Jazz & Blues is not your debut.
I played there four years ago.

So what's it like making a repeat appearance at the festival?
It's gonna be interesting. The first time, I performed on the small stage, but this time I'll be on the main stage. And they're gonna be featuring Gabriella [Reno], who I have been working with on her album.

Fascinating. What drew you to collaborating with her?
I think she's extremely talented, especially at songwriting. And I think the album we're working on [As The Sea] is gonna be something new on the Jamaican scene. It's not something forced; it's a natural sound.