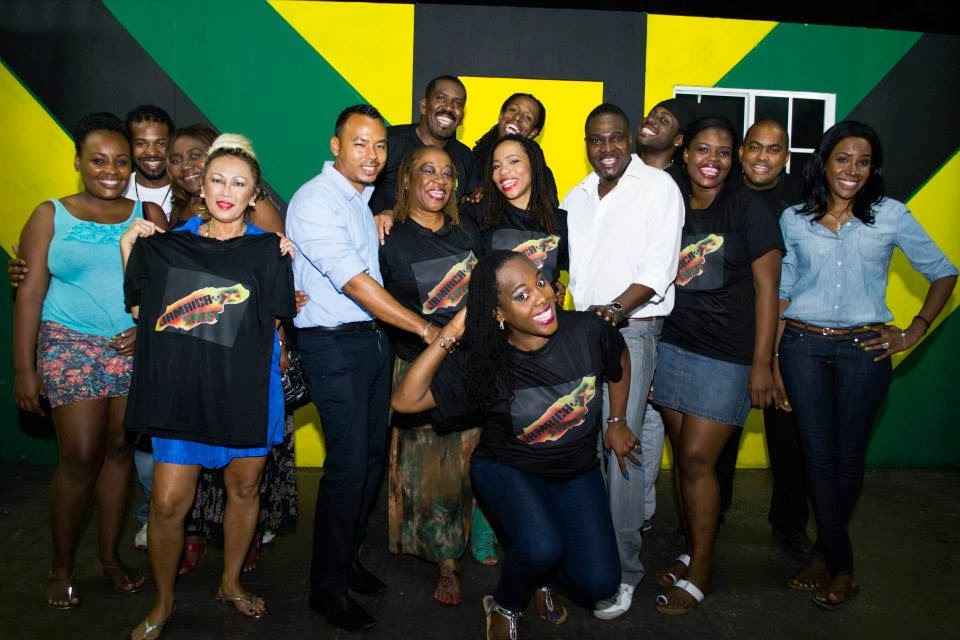 THE MORE THE MERRIER: The show's vibrant cast and crew gather for a group snap.

Jamaica Sweet is a rollicking song-and-dance comedy revue laced with hilarious observances of everyday Jamaican life (modern and vintage, upper-crust and regular) and a belly-busting sense of patriotism. I haven't had this much fun at the theatre in quite a while.

And it just goes to show the impressive versatility that continues to define the work of David Tulloch (Paternal Instinct, If Walls Could Talk), who wrote, composed and directed the whole thing. To say the least, he is advancing from strength to strength as the golden boy of Jamaican theatre, thanks to his witty writing style, daring and a keen awareness of how we live our lives as Jamaicans of all walks.

That's perhaps why the show works so well (and so authentically), touching on matters ranging from family dynamics to political shenanigans and the countless elements in between, including Christianity and crime.

Divided into solid halves, with musical numbers interspersed throughout, the show is a spirited romp of a tribute to the black, green and gold and a terrific showcase for its energetic eight-member cast, some long-established talents (Deon Silvera, Michael Nicholson), others bonafide rising stars (Akeem Mignott, Clue's Rushae Watson).

Though and one and two sketches fall short of the bull's-eye, all the tunes are worthy of radio rotation and the highlights are numerous -- whether it's watching Terri Salmon channel her inner pitbull to portray a ruthless "donness" issuing orders from behind bars or seeing Marlon Brown (Risque) render a spot-on take on a Rastafarian vendor selling ital "sip" (not soup).

Several of the scenarios are so cleverly orchestrated that they regularly send audience members rolling in the aisles, especially when Silvera gets into her Sista P act (opposite Mignott as Andrew Holness) and Salmon gets her kicks as a Chinese lie-detecting machine recruited by Nicholson.

In short, Jamaica Sweet is a triumph, the kind of fun-evening-at-the-theatre affair that makes you want to grab the next person you see and tell them in no uncertain terms, Go see this show! Tyrone's Verdict: B+