SACRED GROUND: A terrific new Kingston exhibition marries the sublime and the spiritual 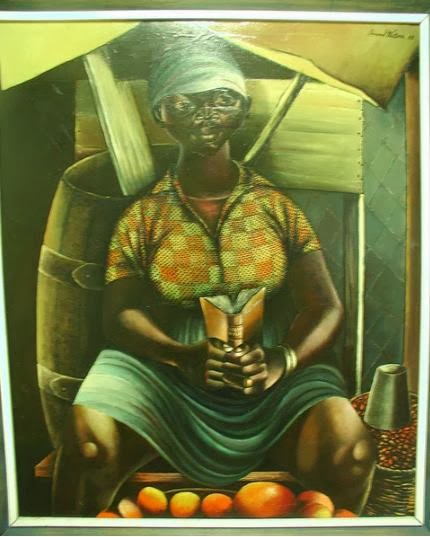 IN HIS IMAGE: Osmond Watson's famous 1969 work The Lawd Is My Shepherd is among the pieces on view.

From the beginning of modern civilization, perhaps even before then, the twin universal themes of religion and spirituality have played abiding roles in art, even characterizing some of the most famous masterpieces of all time -- from Michelangelo's work on the Sistine Chapel to Leonardo Da Vinci's Adoration of the Magi. Closer to home, Caribbean artists, particularly the most renowned Jamaicans, have demonstrated a lingering rapport with such themes, drawing inspiration from ancestral memories, rituals, spiritual warriors like Stony Gut deacon Paul Bogle, and the central role of the Bible in everyday Jamaican life.

As it turns out, all these compelling facets come together to create a nostalgic and evocative whole as Explorations II: Religion and Spirituality, a vast new exhibition currently on view (through April 28) inside the National Gallery. Comprised of over 100 works, the lavish display showcases arresting images and sculptures from a who's who of Jamaican art, among them the greats like Osmond Watson, Christopher Gonzalez, Kapo and Edna Manley, alongside more recent creative geniuses like Ebony Patterson.

Spanning multiple decades (with noted appearances by Namba Roy's 1958 gem Accompong Madonna and Petrona Morrison's Altar Piece I and II from 1992), the works consider various representations and evocations of spiritual life, while highlighting the sometimes performative nature of popular religion complete with dance and music.

Then there's the conflation between religious and political militancy, white colonial religious representations, and the myriad ways in which the practices of our African forebears have survived and have been integrated into Jamaican art and wider culture, especially in relation to modern identities, as evidenced by such timeless pieces as Gonzalez's Mystic Conception (1977) and Gloria Escoffery's 1987 triumph Mirage.