SEAGA ON RECORD: The former Jamaican PM riffs on the ailing reggae industry and terrific Tessanne 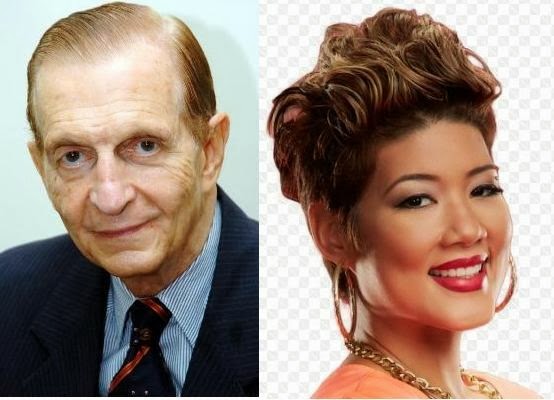 One can always expect a refreshing perspective, mired in wisdom and truth, whenever Edward Seaga takes to the page (or the podium) to offer commentary on whatever topical issue has lately commandeered his undivided attention. Using his most recent Sunday Gleaner column (Jan. 19) as a way of contributing to the still-palpable Tessanne Chin euphoria, the iconic former Jamaican Prime Minister, highly regarded for his expansive knowledge concerning Jamaica's musical traditions, gave a characteristically insightful and articulate analysis of the singer's victory on the American talent show The Voice last December and the moment's true significance.

"Tessanne has, by virtue of her Voice triumph, using standard international hit songs, reintroduced Jamaica to the forgotten period when that type of music was popular," Mr. Seaga observes. "Judging by the enthusiastic response she has justly received, she has opened the door to a return to history when melody ruled."

At this point, Mr. Seaga goes on to emphasize, Tessanne (whose haunting renditions included Bob Marley's "Redemption Song," No Doubt's "Underneath It All" and Simon & Garfunkel's "Bridge Over Troubled Water") must fully embrace the wonderful challenge that's bound to do wonders for her future: "Having reopened the door to the world of sweet melodies," he says, "it is up to Tessanne to add reggae rhythms to lead off with reminders of what real reggae was before it perishes as history."

And because Mr. Seaga understands that drawing attention to the bigger picture is just as vital, the UTEch Chancellor didn't shy away from ripping the tattered veil off the reggae industry du jour and its less-than-flattering impact on Brand Jamaica. "Visitors coming to Jamaica want to hear reggae; they are not hearing it," he insists. "Jamaicans who lived reggae's golden years want to hear real reggae again; they are not hearing it."

And then he makes the most sobering observation of all: "In a country in which reggae is a well-known brand, locally and internationally, it is shameful that so little effort is made to keep the brand alive," he declares. "Most reggae is now composed in countries which have seized the initiative from Jamaica. Maybe some international reggae hits will soon be composed in foreign countries and exported to Jamaica, reversing the course of history."