WORKING TITLE: American Hustle is a solidly crafted look at the art of survival 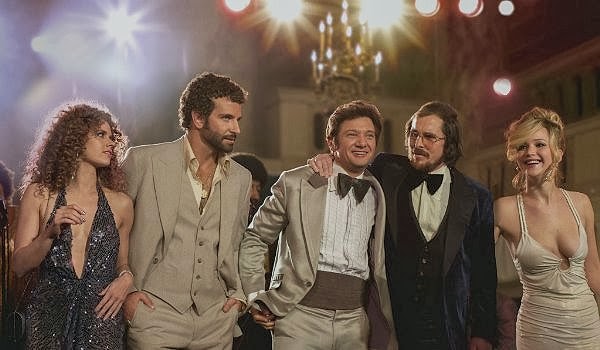 The end justifies the means could very well be the mantra for the doggedly driven characters at the heart of American Hustle, an unflinching examination of fame and disrepute, struggle and survival from David O. Russell (The Fighter, Silver Linings Playbook), who directed and co-wrote the screenplay.

It's a solid achievement (writing and directorial-wise), giving free reign to Russell's vision of classism in '70s America, not to mention vastly dissimilar views of the world and how we go about making life. It's about people like Sidney (Amy Adams) and Irving (Christian Bale) who go to seriously underhanded lengths (as swindlers, it turns out) desperate to make the proverbial leap from nothing to something. And they do so, making "friends" along the way, including an in-it-to-win-it FBI agent (Bradley Cooper), who eventually joins their team, and very dangerous enemies along the way (too numerous to cite here).

But these crafty go-getters and their interesting motivations bring a sense of grit to the whole affair. In addition to Sidney and Irving, there's Roslyn, Irving's sweet-and-sour wife, played with showstopping pizzazz by Jennifer Lawrence. Robert DeNiro cameos in the sizeable role of an officious mob boss with his hands in many pies.

Russell neither condones nor condemns the behaviours of the people who populate his film, which was reportedly inspired by true events. (At the opening, the screen reads: "Some of this actually happened.") Go figure. Instead, working with award-winning actors with whom he's previously collaborated -- Bale won an Oscar for The Fighter, Lawrence for Playbook -- he simply spins an edgy story steeped in gain and loss and such vicissitudes of living, and leaves it up to us to make up our own minds and thereby draw our own conclusions.