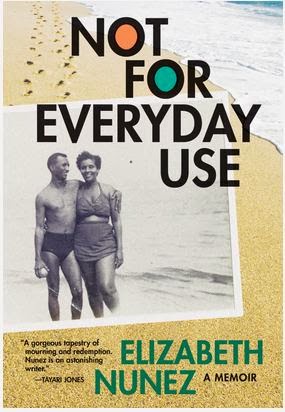 COVER STORY: An esteemed Caribbean voice offers up a riveting memoir; Dunham with a copy of her upcoming personal essay collection.

With novels like the bestselling smash Bruised Hibiscus, Elizabeth Nuñez quickly earned a place among the contemporary writers of Caribbean fiction who matter, eventually racking up critical huzzahs from such noted publications as The New York Times. Though her books tend to explore fictional aspects of Caribbean existence deeply rooted in modern realities, she's now ready to share her own personal narrative, with the impending Not For Everyday Use, being published this April by Akashic Books.

According to the publishers, the book is best described as a riveting memoir in which Nuñez wrestles with her mother's determination to have her leave her native Trinidad to go make life in America, long considered the land of opportunity. It's a history that should easily resonate with readers from across the region and elsewhere. Library Journal, for one, says Not For Everyday Use is an eye-opening read. "Through her thoughtful and articulate writing, Nuñez offers a valuable perspective on the racism she experienced, even in America," the publication reports. "[It's recommended] for memoir enthusiasts and readers interested in Caribbean literature." 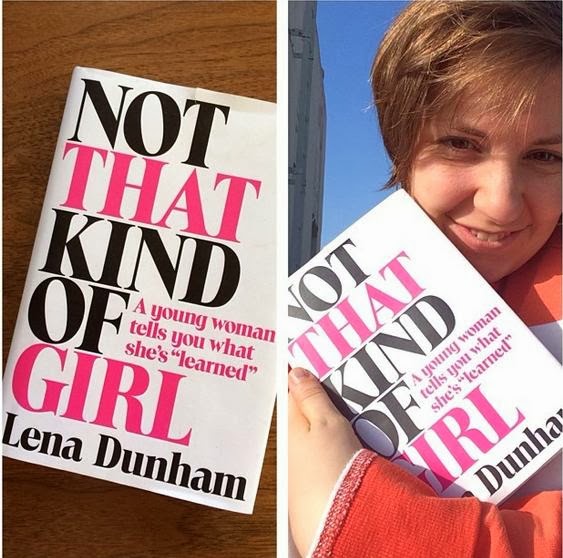 Fearless and funny, dynamic and talented are just a few of the adjectives that spring to mind when describing Lena Dunham, the writer-actress behind HBO's popular hit comedy series Girls and the indie film Tiny Furniture, who's been experiencing extraordinary success over the course of the past few years. But how did she get here? Not That Kind of Girl: A Young Woman Tells What She Has Learned is Dunham's forthcoming collection of personal essays that aims to balance candour and reflection in charting her journey to the top as one of the most original comic writers of her generation.

Ringing in at 256 pages, Not That Kind of Girl, being published in October by Random House, highlights Dunham's dry wit and knack for keen observances of everyday life, even as she delivers her truth with the raw honesty we've come to associate with the likes of Tina Fey, David Sedaris and Nora Ephron. "I am not a married mother of three or the owner of a successful hosiery franchise, but I am a girl with a keen interest in self-actualization, sending hopeful dispatches from the front lines of that struggle," Dunham quips. "This book contains stories about nights with wonderful boys and terrible days with wonderful friends, about ambition and the existential crises I had before age 20."