EYES ON THE PRIZE: Whether on stage or in song, Hanief Lallo has our full attention 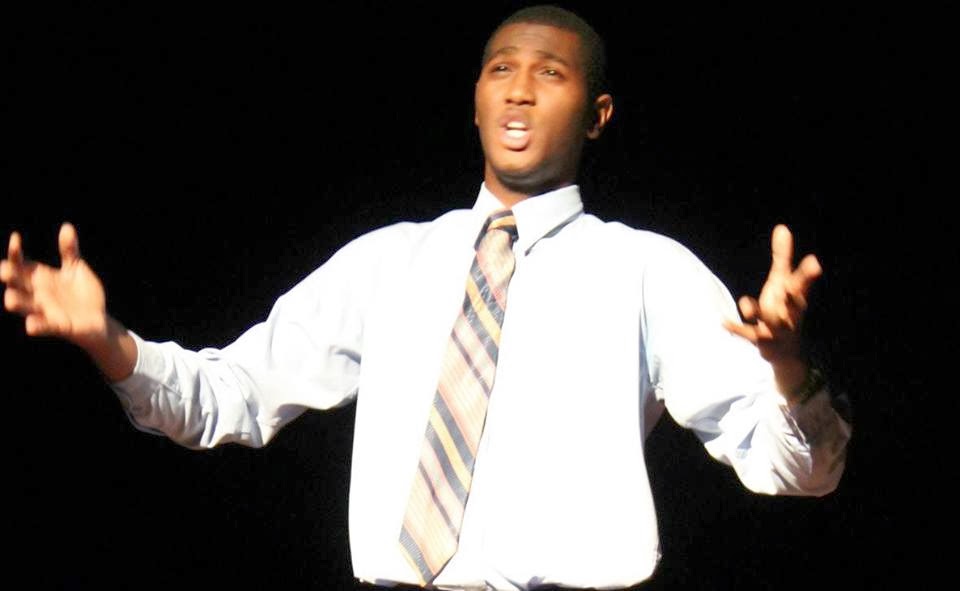 HIGH NOTE: "That's where it all started for me, in the [Ardenne] music club," he says of his roots.

Some artists do what they do to explore themselves while others are more interested in connecting with an audience. Hanief Lallo easily falls into the latter category. "It gives me joy that I can give other people joy; let others express and emote, sometimes what they're afraid to and just relax," offers the 25-year-old actor-singer.

And he's been doing so for the past few years with astonishing range across various performing-arts disciplines, lending his talents to the Jamaica Youth Chorale (as a standout soloist), word-sound-power ensemble Tribe Sankofa (as the assistant musical director), theatre (he's banked stage time in such offerings as In The Red and Brown Water and Tapestry), even Father HoLung and Friends, for which he appeared in 2013's musical blockbuster Candles in the Dark at the National Arena. And he's is a former member of the Nexus troupe.

Asked how he manages to tackle so much and still leave a lingering impression, Lallo practically gives all the credit to his alma mater, Ardenne High. "That's where it all started for me, in the music club," he says. "We had rehearsals in the mornings and in the evenings, and we had to juggle all of that around school work. I think over time it just became a part of me."

What's abundantly clear is that this is a young man blessed with credible acting chops to go with a classic baritone that continues to serve him well. (His rendition of "Go Down Moses" is nothing short of thrilling.) A couple of extra facts about him: Upon leaving Ardenne, he enrolled as a Computer Science major at UWI Mona. Currently he pays the bills working as a software developer for the Jamaica Social and Investment Fund (JSIF). Getting to exercise his God-given talents with the JYC in particular pays his soul. "It's a very vibesy group," he says of the five-year-old choir of which he is an executive member. "From the moment I started with them in 2009 it's been non-stop enjoyment."

This year is a big one for the Jamaica Youth Chorale because in addition to marking their fifth anniversary, they are gearing up to compete in the Llangollen International Musical Eisteddfod, slated for July in Europe. "I'm very excited," Lallo admits. "I've never been to Wales before but I've been to London for the Choir Games. So I'm very much looking forward to it. I know the choir is going to do very well under the directorship of Gregory Simms. We can't fail; we can only go so high."