FLICK OF THE WEEK: Kevin Costner is a man on a mission in McG's Three Days to Kill 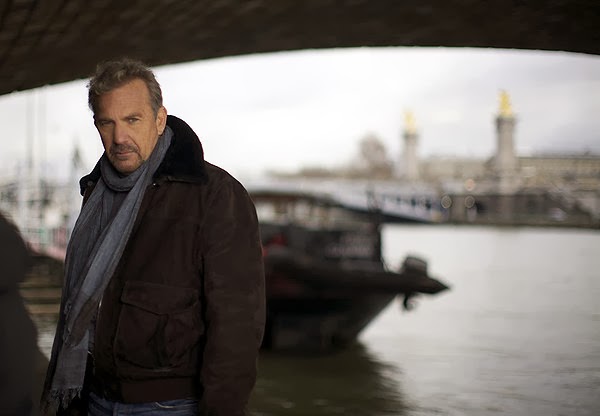 That he seems at home starring in everything from Oscar-winning epics (Dances with Wolves) to musical blockbusters (The Bodyguard) to heartfelt comedy-dramas (The Upside of Anger) is testament to Kevin Costner's versatility as a film actor who has his pick of parts. The veteran leading man reveals yet another dimension as he shifts gears to star in Three Days to Kill, a middleweight action drama from noted filmmaker McG (Charlie's Angels) filled with CIA shenanigans and an ever-increasing body count.

Channelling his inner silent-river alpha-male, Costner suits up as assassin Ethan Renner, who is no babe in the woods when it comes to dispatching bad men, sometimes five at a time as one scene confirms. But life is finally catching up with him to force him to reassess his priorities. When he is diagnosed with a terminal form of brain cancer that gives him three months at most, he reaches out to his estranged Paris-based wife Christine (Connie Nielsen) and attempts to forge a connection with his self-possessed teen daughter, Zoe (True Grit's Hailee Steinfeld).

But Renner is so good at his job that the CIA hounds him to keep working, sending a tough-as-nails operative named Vivi (Amber Heard) to offer him a life-lengthening drug in exchange for his continued services. Apparently, "The Albino" and "The Wolf" have been very naughty boys and ought to be taught a lesson pronto. Whether Renner accepts the mission or not spells grave peril for his family, not to mention the extended African clan that took refuge in his apartment while he was away on business. But that's a whole 'nother story-within-a-subplot.

Hollywood has no shortage of butt-kicking action spectacles featuring actors way past their prime (see Reds, The Expendables), but Costner brings a certain charismatic appeal and believability to the screen that makes the whole thing tolerable, especially given Luc Besson's bland script and McG's heavy-handed direction.

Truth be told, there are far better cinematic options out there for killing one's time, but for fans of Jason Statham flicks and the Tom Cruise-led Mission Impossible movies, Three Days to Kill is right up your alley. Tyrone's Verdict: B-

Email ThisBlogThis!Share to TwitterShare to FacebookShare to Pinterest
Labels: At the Cinema, Current Cinema, Flick of the Week, Kevin Costner, Movie Reviews