ON THE RECORD: Chanteuse Charmaine Limonius on new music, the state of the industry, and living her dream 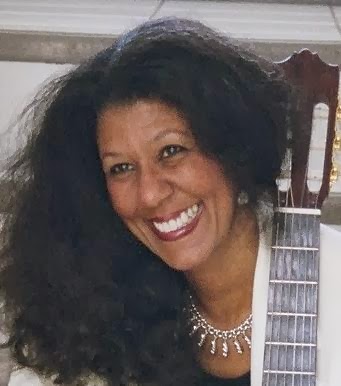 Nothing can separate Charmaine Limonius from her tunes. The terrific singer-songwriter (all meslismatic pipes and charm for days) whose new album, Moments, arrives this summer, is so devoted to her craft that even while on assignment as a diplomat with the United Nations deep in Central America she always knew that music was her true calling. "It was either late at night or I after finished working that I used to get together with other musicians and play," she recalls. "I have to have music in my life. I think I'd die without it."

It's been almost a decade since she's turned this passion into a full-time vocation, becoming a member of the Jamaica Association of Vintage Artistes and Affiliates (JAVAA) and serving as General Manager of Alternative Music Ltd. along the way. In fact, it was at a JAVAA/JARIA concert at the Louise Bennett Garden Theatre on Friday that TALLAWAH chatted with the sweet-voiced songbird after being utterly moved by her guitar-accompanied performance in song.

TALLAWAH: "Moments" happens to be the title of your seductive single that appears on the just-released JAVAA compilation disc, but it's also the name of your upcoming solo album.
Limonius: Yes! And it will be released this year. I'm so excited. I'm hoping by this summer I can get it done. It's already recorded but it needs to be mixed. And I need to do a selection because I ended up recording more songs than what I really wanted.

What's the vibe like on this album? What can listeners expect?
It features some of my originals because years ago I wasn't brave enough to put my own stuff out there. (Laughs). It's a mix of everything; I like the variety. Lover's rock, I have some reggae and some ballads. And some covers of songs by my favourite artistes from over the years.

Who are your musical influences?
Right here at home I love Jimmy Cliff. I still am a big Bob Marley fan. Peter Tosh as well. I like a lot of the young artistes that around today. Raging Fyah is one of my favourite bands. I like Chronixx. There are so many of them.

Are you satisfied with the state of Jamaica's recording industry du jour?
There was a time when I was concerned, when I thought live music especially was dying. But it's making a comeback, and I'm part of a movement to do that. I'm a member of JAVAA and I also manage a company called Alternative Music, and we are dedicated to keeping live music alive. So I'm not worried right now. I like what I see happening.

At age 59 you've probably seen it all and done the rest. How do you feel about your life at this point?
Oh my gosh. I think I'm very fortunate. I've been able to do many things that I'd only dreamed of doing. And watching them come to fruition makes me very happy. I love my life, especially since I'm back home.