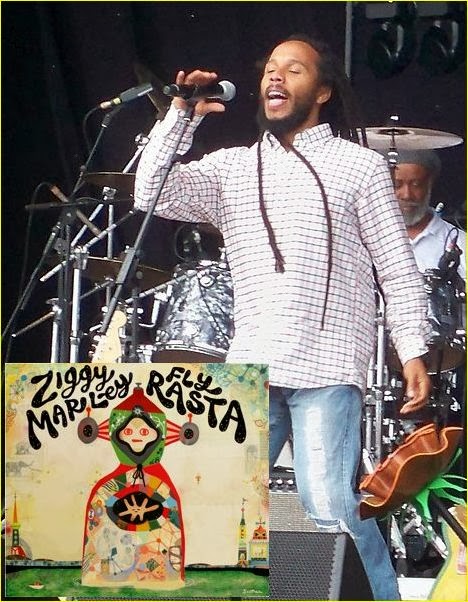 MELODY MAKER: The latest from the music icon spans reggae and kiddie lit.

No rest for the supertalented: Ziggy Marley just keeps on rolling. Fresh from his triumph at the 2014 Grammys, the prolific reggae phenom has announced the forthcoming release of Fly Rasta, his fifth solo studio album, due out April 15 via Tuff Gong Worldwide.

The disc, a follow-up to the award-winning Live in Concert, will feature collaborations with siblings Cedella and Sharon Marley, as well as contributions from Rico Newell and production work by Dave Cooley.

There's more. In addition to the impending arrival of the new CD, Ziggy has also penned his first children's book, I Love You Too, being published (also on April 15) by Akashic Books in partnership with Tuff Gong. Per the publishing house, I Love You Too is "a multicultural children's picture book that draws its text from one of Ziggy's most beloved songs" and comes with beautiful illustrations by creative partner Ag Jatkowska.

In 2009, the musician-turned-author released the children's album, Family Time, and picked up a Daytime Emmy Award last year for the single "I Love You Too" (Outstanding Original Song - Children's and Animation).