SINGING OUR OWN SONG: The JMTC prides itself on humming a slightly different tune 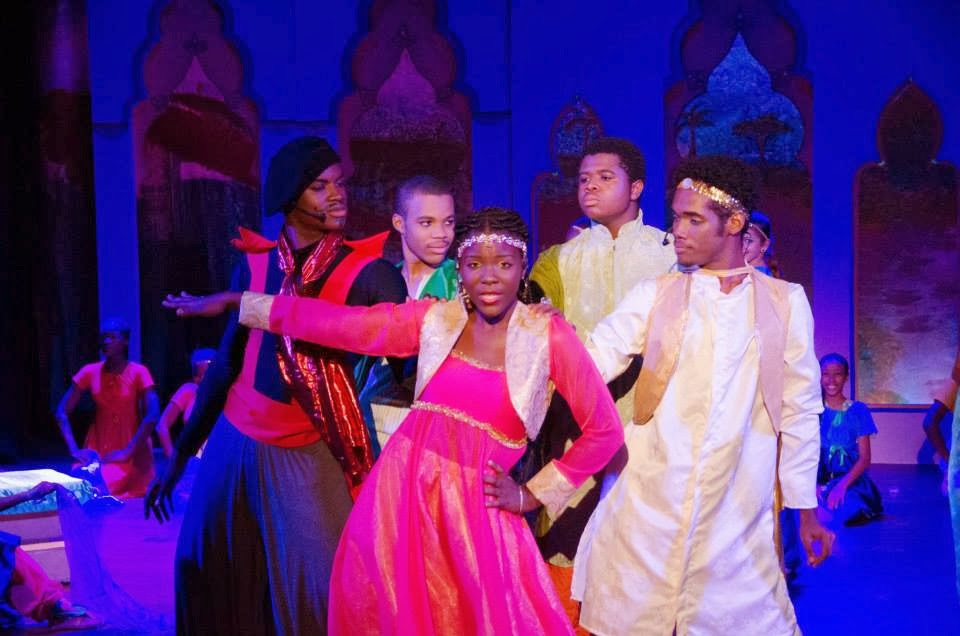 The Jamaica Musical Theatre Company (JMTC) and its junior affiliate continue to rack up critical acclaim for orchestrating lush adaptations of Broadway and Disney-esque productions, giving the impression that the company is wholly invested in the idea of doing something "different" locally and consequently setting themselves apart from their peers in the local theatre community.

But it's not that the JMTC is shying away from presenting shows that are 100 percent Jamaican, says Doug Bennett. "Everybody is doing Jamaican musicals, and I think the people of Jamaica should be exposed to a wide cross-section of works and be able to recognize each on its own merit," the long-standing JMTC Chairman reports, speaking with TALLAWAH at the Philip Sherlock Centre at UWI, where the JJT has been delighting audiences with their 2014 production, a vivid and vibrant take on Aladdin.

The way the JMTC/JJT family sees it, they are bringing international flavour to the cultural melting-pot that is Jamaican theatre. "Take, for instance, this current show that we're doing. It's been rewritten by some of our talented members, and it's a very god rewriting that has taken place," notes Bennett, an 85-year-old legend who'll soon be entering his fourth decade as the company's chairman.

To be sure, it's a legacy he's endlessly proud of. "The JMTC has been around for over five decades, and [Aladdin] marks our 156th production," he says. "Now, I don't think anybody else in the entertainment industry has ever produced anything like that. And we're very happy with what we've been able to accomplish."

In the same breath, he's quick to add a word of caution. "Very often there is the tendency to Jamaicanize something. And that's fine, as long as you don't overdo it. Because if something has already been written and it's a success on stage, why do you need to change it?"

Peter Haley, who has over 25 years of experience directing JMTC and JJT musicals, tells me they have a tried-and-tested formula that they absolutely plan on sticking with. "In the past we used to just copy Broadway shows. Now, we've been writing and rewriting our own versions, riffing on traditionals like Aladdin," Haley says. "I feel there are enough Jamaican shows coming and we want to give them something slightly different."

To Haley's mind, like Bennett's, if it ain't broke, why fix it? "I'm glad that even though in the past we used to just take shows and adapt them, now we're writing our own versions. The kids are writing their own scripts now," he explains. "They're not typically Jamaican-Jamaican, but they're written by Jamaicans and it's working."