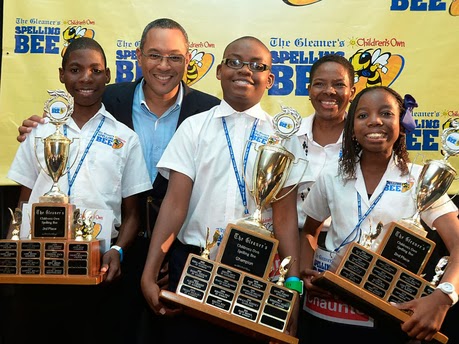 A solid reminder that it remains the undisputed heavyweight parish of champions, Clarendon has produced this year's Gleaner/Children's Own National Spelling Bee Champion in boy wonder Tajaun Gibbison, who emerged victor ahead of the 13 other talented parish candidates inside the Pegasus Hotel Ballroom on Wednesday, February 5.

Coached by the enduring guru Rev. Glen Archer, who famously supervised Jodi-Ann Maxwell to capturing the highly coveted Scripps Howard trophy in 1998, Gibbison (a 13-year-old junior at Knox College) showed his mastery of tricky palabras when he nailed the deciding word H-Y-P-O-G-E-U-S-I-A (meaning: a reduced ability to taste things) to resounding cheers and applause.