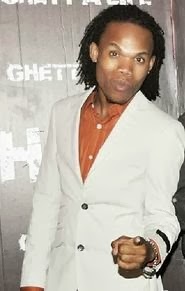 STAGE PRESENCE: Wilson, among the talented young actors featured in the cast.

Donna Adams, the female protagonist at the centre of Friends Forever (which just premiered at Kingston's Green Gables Theatre) is a devoutly Christian, professionally successful young woman fighting off loneliness while desperately clinging to the spiritual path she's chosen. So when a handsome lady-killer named Charles worms his way into her heart and her bed, she soon finds herself in hot water, torn between desire and dedication to her Saviour, realizing in the end that one can't always have it all.

That's the basic gist of this Keith Anthony Ellis-penned production, a faith-based drama tackling temptation and friendship, choices and consequences, and featuring a pretty solid cast of up-and-coming actors. Though it's an engagingly spun story with believably Jamaican characters and genuinely humourous moments, the plays excessive length (almost three hours) is a turn-off. Still, the talented cast entertainingly fleshes out the story to make what we witness worth watching.

Particularly appealing are Shericka Mitchell (as Donna) and Aisha Ritchie (as her childhood BFF-turned-housemante) whose believable rapport as friends in need and friends indeed enriches the plot. For the record, their relationship doesn't skimp on the drama, encompassing abortion, abuse, the works.

As the testosterone-driven Charles, Kevin Williams pours on the sly charisma while Kadeem Wilson, perhaps the most well-known of the performers here, is all heated bravado as the womanizing Donald. Ellis also has a small part in the mix, playing Donna's pastor and spiritual adviser.

A firm editing job on the script and few tweaks here and there would go a long way in transforming Friends Forever into a memorable hit. But, as it stands, the play offers a searingly realistic portrait of young women in and outside the church, among other weighty issues, performed by a group of actors whose startlingly mature if convincing work on stage belie their commercial inexperience. Tyrone's Verdict: B