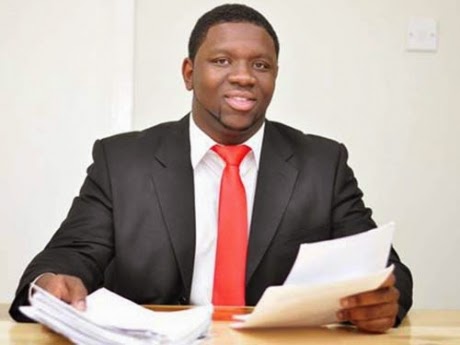 STRONG SUIT: "I personally want to make a contribution to national development."

What does it take to lead the infamously demanding student population of the UWI Mona Campus? For starters, ambition, a big heart, and a whole lot of great and workable ideas. Lerone Laing fits the bill and then some. At 22, the humble, articulate and unbelievably wise beyond his years lad was just elected President of the university's Guild of Students for a tenure that officially commences on June 1. As Mr. Laing (no relation to Isaiah) prepares to enter office, here's the skinny on the big man on campus.

Who he is:
"I am a humble individual who has a passion for student representation," admits the former St. Mary High School head boy, who is currently reading for a degree in Economics. "I have a long history of being a student leader."

What inspired his run for the presidency:
"The primary factor that propelled me is my passion for advocacy on a whole, in addition to the encouragement I was getting from my friends and family," offers the Chancellor Hall chairman. "They believe in my ability to lead and make a difference. So I just took the encouragement, mixed it with the fact that I know I can do it. I know I can make a difference."

First things first:
According to Mr. Laing, to say there's room for improvement in the current state of relations between the Guild and the general student body would be an understatement.
"One of the key problems is that there seems to be a discord. Yes, there are deficiencies in some areas, but there are a lot of good things being done by the Guild overall," he notes. "So the first thing I'll seek to address is bridging that gap, getting the Guild in line with the students and their concerns."

As for tackling other pressing issues affecting campus life, he means business:
"Are we truly getting value for money in paying for certain services and facilities on campus?" he asks. "Many students complain that they don't get the right kind of customer service, so that's something I'd like to address in a very respectful but strong way." The same goes for proposing a public-private sector partnership when it comes to the subsidizing of tuition fees, and coming up with solutions for the myriad challenges facing commuting students, who incidentally account for the overwhelming majority of the campus' population.

Laing is the real big man on campus in the physical sense, too, with a hefty built that could have him pass for a rugby all-star. But.....
"Basketball is the sport that I play," says the part-time athlete (about 6'2"), who fancies himself a well-rounded chap who knows there's much more to life than constantly burying your nose in a book. "I also like football, but I don't really play. Apart from that I enjoy reading and keeping up with current trends, I study economics, so I like to follow world issues."

If he has his way, Laing could very well become the next Dr. Peter Phillips:
"I hope to be in either the Ministry of Finance, or the BOJ, or the Planning Institute of Jamaica," he says of his post-UWI plans. "I hope to be with some government agency or have some influence in that regard. I personally want to make a contribution to national development."

Any final words, sir?
"I basically want to make a very serious impact and allow the students to know that the Guild is here for them, and they should be aware of that."