NEW TO THE GAME: Ricardo McFarlane brings ambition and a winning attitude to the dramatic arts 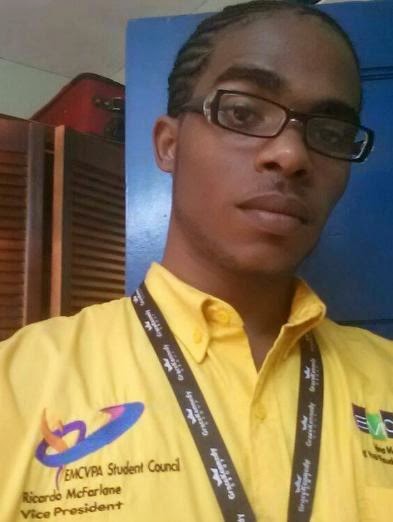 FRAME OF MIND: The rising actor talks about his passion for the stage.

"When I was in high school I used to play with the Inswood Drummers, and we learned a wide range of different techniques," recalls Ricardo McFarlane, reflecting on his coming-of-age days in St. Catherine. The musical training has come in handy for the 25-year-old actor and college undergrad who is currently co-starring in a solid School of Drama revival of the Dennis Scott period classic An Echo in the Bone at the Edna Manley College.

Prepping for the role of vocally impaired Rattler, who brings the beat during the play's revivalistic moments, McFarlane says the process called for the usual in-depth research, and not just from a musical standpoint either. "I like to research the whole play and develop an idea as to why the playwright would write that kind of text," offers the actor, presently finishing up a first degree in Drama and Education. "You meditate and reflect on the role and how you're going to present it."

If McFarlane, who was largely raised by his grandmother in Spanish Town and was a perfoming-arts standout at Inswood High, looks familiar to theatregoers, that's probably because you witnessed his slay, charismatic turn last season as a cheating boyfriend in Aston Cooke's Internet Affair or, more recently, as a ruthless sibling in Fabian Barracks' gritty-funny Gaza Boyz.

But, for the one-the-come-up leading man, it's An Echo In the Bone that has presented the greatest challenge of his acting life so far. "The language is not in my context because the time at which [the play] is set is not so much of now," explains McFarlane, who doubles as a courageous slave determined to survive the Middle Passage.

As he lays the foundation for what could morph into a formidable acting career, McFarlane is wisely looking to the icons who've been there and done that. "My role model is Paul Campbell," he tells me. "I want to achieve much more than what he achieved."