TALLAWAH MOMENT: Tessanne Chin brings grace and glam to her debut stint at the White House 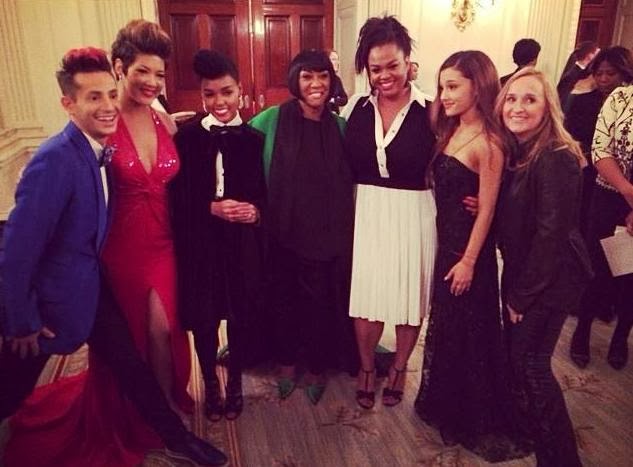 Talk about the perks of life on the A list! It was a family affair as Tessanne Chin made her debut appearance at the White House in Washington DC on Thursday, heating up the stage with a show-stopping rendition of Donna Summer's "Last Dance" at the star-packed Women of Soul concert.

It goes without saying that the gig represented a momentous honour for the powerhouse Jamaican chanteuse, who made international headlines last year with her rousing performances on The Voice (a ratings juggernaut for NBC), which she went on to win with flying colours.

For Chin, who is heading on the road this summer to co-headline The Voice tour, getting to perform at a venue like the residence of the US President, and so early in her international career to boot, only proves how highly regarded she is in the eyes of people in high places -- and that we can only expect wonderful things from her in the future.

And already 2014 is shaping up to be an eventful year for the songstress who, in addition to going on tour, has a debut album in the works which, of course, TALLAWAH is avidly awaiting.