ON THE RECORD: How Wayne Marshall got his groove back 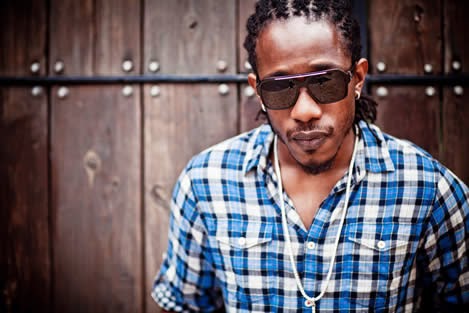 SHINING TIME: "As an artist you can't help but feel you are getting better and better."

Enduring reggae-dancehall disciple Wayne Marshall knew he wanted to create something akin to a classic when he hit the studio to craft his latest album, Tru Colours. Enlisting the support and expertise of the Marley clan - executive producer Damian Marley, in particular - whose track record speaks for itself, was at the top of his list. Since the album's release earlier this year, it has spawned a few notable radio hits ("I Know" and "Stupid Money" among them) while revealing a lyrical maturity and confidence the artiste hadn't revealed before. In other words, the success of Tru Colours has cast Wayne Marshall in a whole new light.

For those of us who can't help but marvel at the impressive growth in his musical artistry, Wayne has repeatedly pointed out that joining forces with the Marleys forced hism to step his game up and push himself past his own expectations. And his ascension continues these days, as he co-headlines The Revelation Part II: The Fruit of Life tour with Stephen Marley and Stephen's son Jo Mersa (a fast-emerging young talent worth watching).

The multiple-city engagement currently has them criss-crossing the United States, lighting up venues of all sizes. "It is definitely humbling to be sharing the stage with several generations of the Marleys. As an artist you can't help but feel you are getting better and better every night, simply from being around them," he tells the US-based Patriot Ledger in a recent interview. "That striving for the most professional level of performance and the work ethic they display is just inspirational."

In spite of the heavy workload, life on the road, Wayne hastens to add, is immensely fun even as he savours the new career-defining lessons. "We've been performing in pop venues before enthusiastic crowds and the whole tour just has an amazing vibe," says the one-time member of the Bounty Killer-led Alliance. "Even on the tour bus, the camaraderie with all the musicians is just wonderful."

From vibing with Junior Gong to teaming with his young son Giomar (who supplies the hook on "Stupid Money"), Wayne Marshall is obviously no stranger to sturdy collaborations. Yet there's one creative partner he seems to cherish above all right now: super-songstress Tessanne Chin, who co-wrote a track for Tru Colours. "A chance to work together with Tessanne is special, always a great experience. She is so gifted," Wayne reports. "She is working on her own album, and the world needs to be looking out for that one because it will be superb."