TAKING THE LEAD: Versatile actor Chris McFarlane on his evolving success and the view from the top 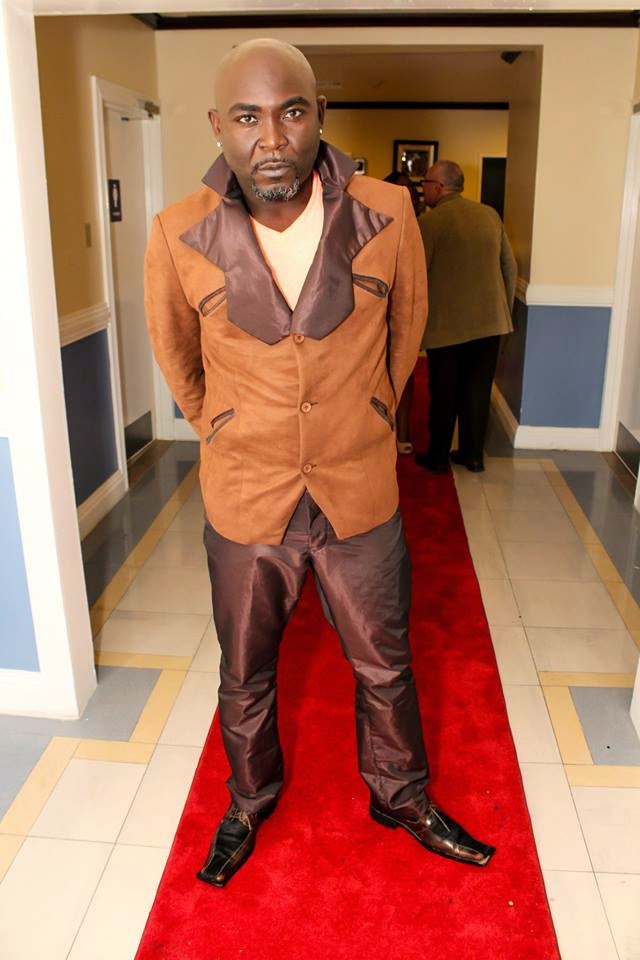 LEADING MAN: McFarlane cuts a stylish figure as he attends the 2014 Actor Boy Awards in Kingston.

You can say this for Chris McFarlane: he continues to advance from strength to strength as a well-rounded actor of the Jamaican stage. After years of yielding mixed results via performances in everything from tense dramas to comical fare, McFarlane turned in two of the past season's most magnetic portraits with his turns in Basil Dawkins' remount of Toy Boy (opposite an immaculate Maylynne Lowe) and Dahlia Harris' still-running To The Finish, with Nadean Rawlins and Julene Robinson. The theatre community has taken note of the lift in McFarlane's style, rewarding him with the best supporting actor statuette at the April 14 Actor Boy Awards to complement the Best Actor Thespy he won back in February.

How does he feel about the career high he's having as he heads into his 40s? "I am pleased with the work, and I am pleased with where I am and the work I am getting to do," he tells TALLAWAH. "If you understand the climate, it's not as lucrative as before, but it's always nice to be working hard and being acknowledged by your peers."

By his own admission, the Edna Manley College School of Drama alum relishes the creative risks that come with the territory, but he remains a firm believer in letting things unfold at their own pace as far as success is concerned. "I leave things up to the universe, which is what dictates what I get," he says. "And whatever the universe has in store for me is what I'm gonna work with. If it's gonna come, it's gonna come."

So what's next for the leading man? "I just started working on a television series with some youngsters. Provided that everything is everything it should be ready for this year," reveals McFarlane, whose previous screen credits include Chris Browne's prize-winning urban feature Ghett'a Life.

For McFarlane, his role in the as-yet-untitled series is a reminder that he is indeed growing older and, perhaps, wiser. "I play a father, and you know you're getting up in age when you start playing people's parents," quips the actor who, incidentally, is Robinson's excitable dad in To The Finish. As for the upcoming show itself, he has high hopes for the finished product. "It's gonna be good," he predicts. "It's not one of those shows for adults; it's more for the high school type of crowd."