BLAZING A TRAIL: I-Octane riffs on putting in the work and reaping the rewards 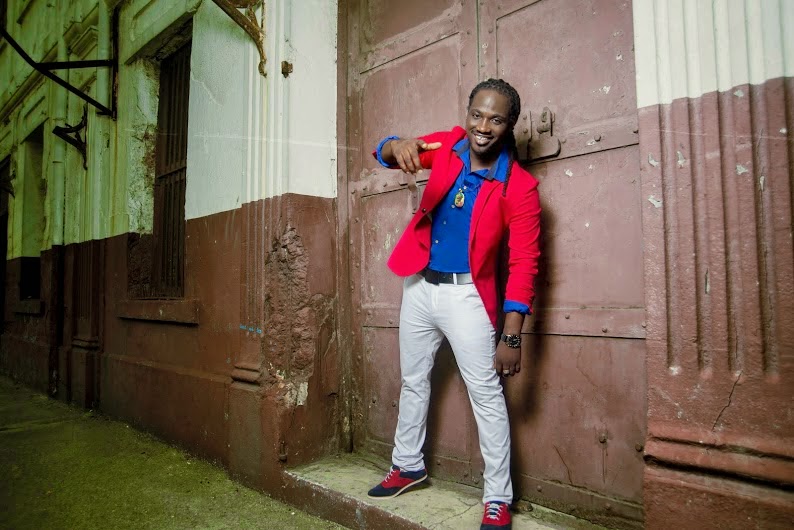 STREET SMART: "My aim this year is just to put in more hard work and watch the results."

Still promoting his most recent disc, My Journey, I-Octane has high hopes of continuing his reign over the domestic and international reggae charts. By all accounts, this is a man at the top of his game who takes his music seriously, conveying depth and real versatility. No wonder he comes across more as dancehall’s saving grace than the flavour of the moment.

A quick recap of the past year alone reveals multiple successes (the radio hits, the tours and the Reggae Sumfest coup, for instance), but the entertainer is not one to rest on his laurels – or even slow down for that matter – vowing instead to keep his foot firm on the accelerator. TALLAWAH caught up with the trendsetter on the streets of New Kingston on Sunday:

TALLAWAH: Tonight you’re co-headlining the music portion of Fashionblock, one of the biggest style events of the year. How important a role does fashion and style play in your own life at this point?
I-OCTANE: Image is very imperative, and it doesn’t matter if you’re a Rasta, a bald-head or a Christian. People can better identify you through your image, and as an artist and role model you have to stand out.

TALLAWAH: Indeed. Your career as a reggae and dancehall performer really blew up over the course of the past few years. Did your rapid ascension surprise you?
I-OCTANE: No, my success doesn’t surprise me. At first when I just started out it was exciting to see that the fans accepted me, but I didn’t hype it out and let it get to my head. I appreciate the response and the support from the fans, and I just want to contribute more and put more into the music so that I grow as an artist and the fans grow with the I.

TALLAWAH: You dropped My Journey a couple of months ago. How have folks been responding to it?
I-OCTANE: We’re getting great, great feedback so far. The album is still in the development stage because last year was more on the up-tempo side for me, but now we’re pushing the reggae side to a new level, and you know it takes a while to develop. But at the end of the day it’s good music for a lifetime. The world is embracing it, so even if it’s not topping charts you have singles from off the album topping charts. We give thanks for that because it’s doing okay for itself,

TALLAWAH: TALLAWAH crowned you the king of summer 2013. Do you think you can score a repeat this coming season?
I-OCTANE: (Laughs). Trust me, what more can I do in the music locally? My aim this year is just to put in more hard work, twice as hard and watch the results come with it. My fans already know what I-Octane stands for, so it’s just to work twice as hard and appreciate the results. My aim is not to top summer only but to top the whole industry consistently.

TALLAWAH: I heard that! A little birdie tells us that you’re set to close Reggae Sumfest’s Dancehall Night for the second consecutive year.
I-OCTANE: Well, [Johnny] Gourzong was like ‘Ah yuh ah close the show again this year.’ But we’re waiting on official confirmation.

TALLAWAH: So are you up for the big challenge?
I-OCTANE: Always. But let’s see how it goes, and whichever way I work on the show I’ll just make sure I give a good performance.

TALLAWAH: Do you think you’d ever venture into artist management? You’d certainly excel at it.
I-OCTANE: Well, the Conquer the Globe production is up and running, and we have young artistes that we want to put at the forefront because at some point in the future I want to have my own camp with my own artistes. It’s not just about taking from the music but also contributing back to the music.

Email ThisBlogThis!Share to TwitterShare to FacebookShare to Pinterest
Labels: I-Octane, In The Mix, Music Headlines, On The Record, TALLAWAH Exclusive