END OF AN ERA: The impending closure of the Pantry brings a national crisis into sharp focus 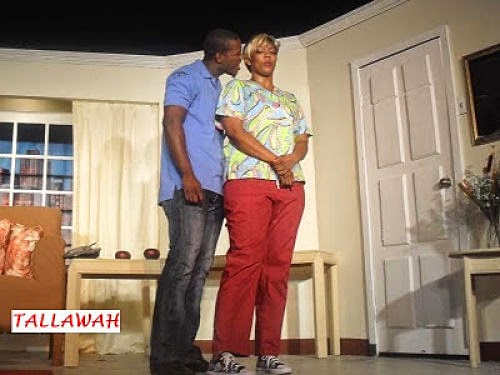 MAKING A SCENE: Andre Morris and Dahlia Harris in 2010's Judgement, one of the most successful plays ever staged at the New Kingston-based theatre house.

After 14 years, the Pantry Playhouse is closing its doors to the public this summer. With local theatre as a whole taking a beating, chiefly on account of the dismal state of the economy, proprietor Karl hart says the decision to close shop was a difficult but essential one. "I'm a very practical person, and right now the theatre is hardly bringing in any income to sustain its operations," he recently confided to TALLAWAH. "I see no other choice. I run a catering business, and I cannot be using the food money to keep the theatre going. It doesn't make sense."

Sadly, as it turns out, David Tulloch's currently-running For My Daughter will mark the very last commercial production to entertain audiences at the playhouse which, over the past decade-plus, has morphed into something akin to a New Kingston landmark and, to me, the coziest little theatre spot in the capital.

The Pantry was established by Hart and co. at the dawn of the new millennium to serve patrons as a sort of dinner and performance complex specializing in wholesome family entertainment. Along the journey, some of our most brilliant actors got their start on that very stage and numerous playwright-producers, including Aston Cooke, Dahlia Harris, Fabian Thomas, Tulloch and Hart himself, have mounted some of their finest productions with award-winning results. Even the Actor Boy Awards called it home for quite a few years.

The news of the Pantry's imminent closure is incredibly sobering to say the least, and harks back to the demise of the Barn Theatre, which still lingers in the hearts of many of its devotees. I like to think that were we living in more fiscally prosperous times, the theatre community would have been better able to assist the proprietors in keeping the doors open, rallying for a worthy cause.

The Mutual Gallery is a thing of the past and before long the Pantry. Clearly we are losing our creative spaces, and in an era that should be adding not subtracting. We need to take action! Jamaicans have always been known to do something meaningful in times of crisis, and if there has ever been a time in need of courageous action, in service of the arts, it is now.