GENDER STUDIES: David Tulloch straddles the feminine mystique — and the role of a lifetime 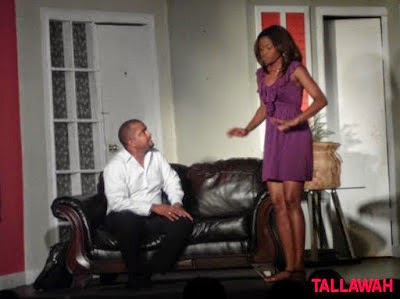 In the realm of showbiz, you'll never find two more vastly dissimilar men (in the physical sense, that is) than Black America's Tyler Perry and Jamaican golden boy David Tulloch. Yet when it comes to their work, the two successful playwrights are very much alike in one crucial respect: they excel remarkably at crafting well-defined female characters (women often facing family strife and career struggles), which really begs the question: How come they are so in tune with what women think?

Perry, the Hollywood titan behind such box-office-topping crowd-pleasers as Diary of a Mad Black Woman, Temptation, and I Can Do Bad All By Myself, was unavailable for comment, but Tulloch was quick to draw reference to the formative years of his life that helped shape his viewpoint as a writer and enhance the degree of authenticity he brings to the page.

"I was grown almost single-handedly at first by my mom, so I grew up in that sort of household. She gave me strong knowledge on the women way of thinking," explains Tulloch, whose ever-expanding cache of stories include memorable hits like Wine & Roses, Another Time Another Place, and the play-of-the-moment For My Daughter — all of which feature strong Jamaican female archetypes facing struggle and survival while rising above stereotypes.

"Most of my friends are female and as a result you tend to know most of their issues, how they relate to each other," Tulloch says. "Overall, I'm fascinated by strong women. I don't think they're explored enough in local theatre."

Meanwhile, the 30-odd-year-old principal behind Probemaster Entertainment may profess to having a firm handle on the feminine mystique (which he's poised to continue examining for years and years to come). But if there's one thing he's looking forward to the most, it's fine-tuning his paternal instincts as he awaits the arrival of his firstborn — a son due in September. Does he feel he'll make a good dad? "I hope so," he responds without hesitation. "When I was younger, most of my friends said they wanted to be lawyers or doctors. I wanted to be a father. To date it's been the one thing I've been waiting on. And it's finally here."