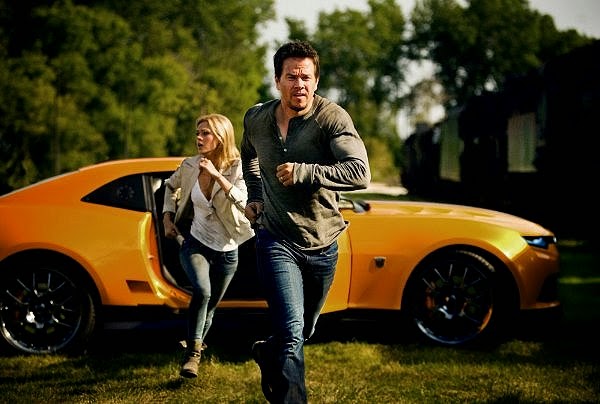 Ranking easily among the most adventurous actors of his Hollywood generation, Mark Wahlberg has fashioned a steady career out of roles that play off his outsize courage, versatility and all-round photogenic appeal.

He was the fresh-faced ingenue who gets "shown the ropes" in Boogie Nights, he impressed as the hot-headed if tightly wound cop colleague in The Departed and again he wowed critics as the intensely driven boxing sibling in David O. Russell's The Fighter, to cite a few of his career highlights. Devotedly nostalgic fans will also recall his foray into 90s hip-hop as the party-starting, roof-raising Marky Mark.

But the big screen is where he has shone brightest, proving himself a force to be reckoned with. And nowhere is this clearer than in the latest instalment of Michael Bay's man-versus-robot mega-franchise Transformers (the new edition is eerily subtitled Age of Extinction) where Wahlberg delivers as Kale Yaeger, a struggling Texas robotics engineer who must protect his family - basically his head-strong college-bound daughter Tessa (an appealing Nicola Peltz) when they find themselves at the epicentre of a deadly tussle between the US government and alien robots, with the future of the free world at stake. Channelling their inner baddies, Stanley Tucci and Kelsey Grammar costar.

But unlike previous instalments in the Transformers series (which practically made Shia LaBeouf a major star), the lengthy Age of Extinction — though packing its own moments of maddening noisiness and conventional action-adventure formula — has the mind-bending action sequences, humour and respectable narrative that make the film much more than an indulgence in teen-boy fixations.

A powerhouse filmmaker with a serious soft spot for blowing stuff up, Bay hinges his hopes on Wahlberg to carry the picture. Rising to the occasion, he doesn't disappoint. Conveying a father's relatable struggles to fulfil his responsibilities (he's way behind on mortgage payments) and a stand-up guy determined to do the right thing in spite of the unthinkable odds (he risks all to help Optimus Prime prevail against shady CIA forces), Wahlberg shows that he's that rare leading man with deftness, charisma and real blockbuster appeal. Tyrone's Verdict: B

Email ThisBlogThis!Share to TwitterShare to FacebookShare to Pinterest
Labels: At The Movies, Current Cinema, Flick of the Week, Mark Wahlberg, Movie Reviews