ACTING UP: Can the ailing theatre industry bounce back? An industry pro weighs in 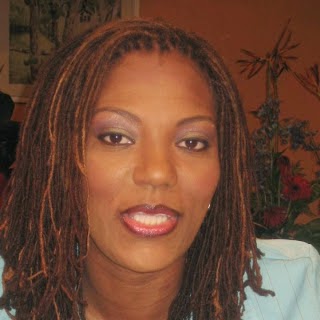 MAKING A POINT: The theatre veteran sounds off on the status quo.

There are a couple of things the theatre community must do to refortify its presence in the Jamaican art world: re-educate people about the true role of the theatre and entice them into returning in their large numbers to pack the theatre houses. That's what Dahlia Harris told TALLAWAH in a recent conversation centred on the plight of the industry seemingly inching its way toward collapse.

"I've been saying it for years now that theatre is going to get to a point where we will be losing audiences because as an industry we don't look at ways to promote theatre in general, for people to develop an appetite to want to see plays," the concerned playwright-producer noted. "If that appetite is developed they will come."

But in the same breath, Harris is quick to suggest that the regular theatre-going public, at least in her experience, has grown restless. Not surprising, some would say, given the dismal state of the economy that has heightened a culture of penny-pinching. "Everytime I see some of them, they ask me, When is your thing coming out on DVD or when is it coming to TV?," Harris recalled. "So they want to stay home and see the shows. So it is up to us to get them to come out to the theatre. How do we do that?"

Stakeholders, like veteran writer-producer Karl Hart, have been trying to make sense of the developments in a troubling crisis, which has since forced him to shut down the Pantry Playhouse after more than a decade, with plans to transform it into a more lucrative venture.

"Theatre is going through a metamorphosis. People are not coming out as much as they used to, and as a producer if you don't sell benefits you're in deep trouble," Hart observed. "The business of theatre is what we don't focus on enough."

Harris feels the same way. Total team work, she believes, will help the industry regain firm footing. "And one producer alone can't do it; it has to be a collective drive," Harris insisted, "to re-engage people and re-educate them about theatre. And if we don't we're all going to be in trouble."

As one of the most respected voices in the contemporary set-up, Harris is eternally optimistic about the road ahead. "I am. I think the theatre arts programme in schools has been doing a lot in terms of creating awareness among the students," said Harris, currently the Ministry of Youth and Culture's Principal Director of Culture. "Then we need to see how best we can take that to another step, in terms of the students becoming regular theatregoers, and then getting their parents, their families to come back to fill that space."