ALBUM OF THE WEEK: Tessanne delivers big time with phenomenal debut Count On My Love 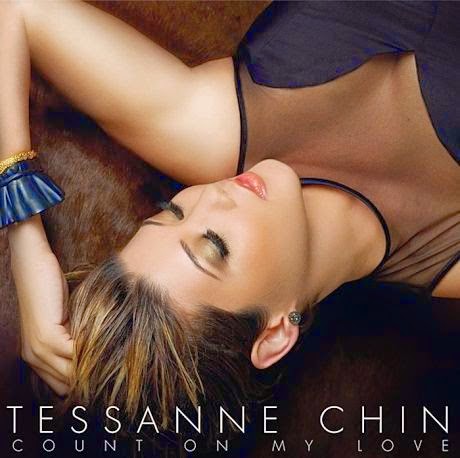 THE REAL THING: The singer's smash debut is compelling testament for her staying power.

Months before the July release of Tessanne Chin's new album, Count On My Love, the talk was that she had a classic on her hands. Listening to the album today, one is struck by how well-informed those folks were as the record is indeed a grand affair that more than lives up to the hype.

The supersongstress has always wowed with her writing skills, melismatic pipes — and shown a masterful grasp of song styling, yet the album reaffirms my longheld belief that bonafide artists grow with each new project. Tessanne displays a deft musicality and stunning grrl-powered vocal dynamics here that fans have never before experienced. It's one of the album's strongest assets.

Transporting listeners across the diverse landscape of love, over the hills and valleys of pleasure and pain, the 10-track disc yields tracks as fresh and memorable as they are seductive and soul-stirring.

We've all heard the lead-off singles "Tumbling Down" and "Everything Reminds Me Of You" but those aren't the best cuts on the album. Not even close. You'll certainly fall for the powerful petition "Lifeline", the ethereal "Heaven Knows" and the simmering Diane Warren-penned hit "I Heart U." But nothing will prepare you for the irresistibly flavourful "Always Tomorrow," which delivers a danceable Bruno Mars-esque groove and a universal message about keeping the faith.

There's next to nothing to complain about, as even minor numbers like the soaring "Loudest Silence" and the EDM-spiked "One Step Closer" allow the singer's talent and charm to shine over beats that are equal parts stylish and minimalist.

But overall, Count On My Love captures Tessanne Chin's foray into the pop-rock galaxy with real emotional depth and puts forward a compelling testament for her staying power. Tyrone's Verdict: A+