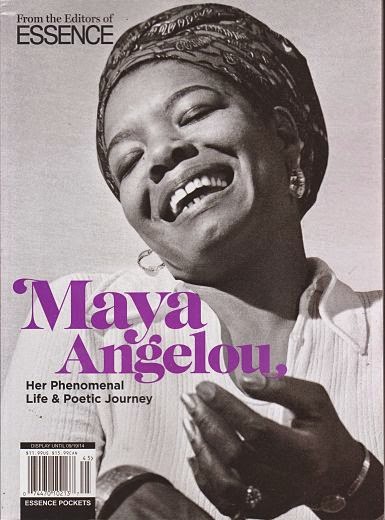 LEAGUE OF HER OWN: A new book honours the celebrated storyteller.

For countless folks the world over, Maya Angelou transformed the way we read a book. It's a masterpiece of an understatement then to say that book lovers have lost a cherished friend with the passing of the bestselling author and pop culture icon who made her transition on May 28.

The glowing tributes have come from heads of state to everyday folks who've read and relished the sublime poetry and such autobiographical classics as I Know Why The Caged Bird Sings and All God's Children Need Travelling Shoes, and recognized a voice not unlike their own.

In paying homage to Angelou's remarkable life and legacy, the editors of Essence, whose long association with the revered author and wise woman spans decades (the magazine named her Woman of the Year in 1992), this month offers Maya Angelou: Her Phenomenal Life and Poetic Journey (Essence Books). A reminder of the grace and power of this singularly extraordinary woman (and three time Grammy Award winner for Best Spoken Word Album), the new publication is a colourful tome featuring exclusive and rare images while documenting her impact on Black culture and a generation of writers, particularly African-American women.

How absolutely fitting then that the book carries reflections and contributions from such notable names as Rita Dove, Asha Bandele, Sonia Sanchez, Pearl Cleage and Edwidge Danticat.

"Angelou was a force and a guiding light for everyone," says editor Patrik Henry Bass. "She was one of the most influential women who ever lived, and she was unapologetic about her love and support of Black women."