FOR THE RECORD: Talking art and life with Clyde McKenzie 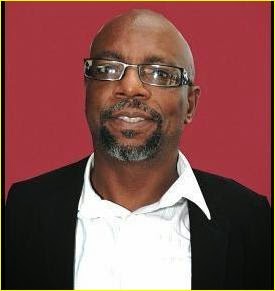 MAKING A POINT:  "There are major changes taking over the music," McKenzie says of contemporary dancehall.

As one of Jamaica's quintessential authorities on matters concerning culture and the entertainment realm, Clyde McKenzie's expertise is regularly called on for everything from television show appearances (Rising Stars, most famously) to government consultancy work across the region. TALLAWAH caught up with the superbusy multitasker at Redbones recently to chat about Ken Ramsay's legacy and the future of Jamaican dancehall.

TALLAWAH: You were on the original judging panel for Digicel Rising Stars, which is currently in its 11th season. What do you make of the show's evolution in recent years?
C.M.: Unfortunately, I've not followed the show as closely as I'd like over the years, and that might be a fault of mine. So I haven't been able to see the progress of those who've come on the show in recent times. But I'd glad that it continues to unearth real talent.

TALLAWAH: What's your take on reggae's new generation? Who are the young upstarts in the industry who've impressed you most?
C.M.: I suppose you'd have to take your hat off to people like Chronixx and others from that emerging group. Artists like Jah 9. They are just some of the people who jump to my attention immediately. You also have young people who have been here for a little while now, stars like I-Octane and Konshens. They're around and they are doing great things.

TALLAWAH: Is dancehall dead?
C.M.: What is happening is there are major changes taking over the music. You can't discount now, for example, the influence of EDM and you're going to find that dancehall and all its related activities are now being influenced heavily by the EDM movement and people like Bunji Garlin and Major Lazer. EDM is bringing a lot of different artists together.

TALLAWAH: Tonight we're celebrating the life and work of celebrity photog Ken Ramsay, who you referred to earlier as "a force to be reckoned with." Elaborate.
C.M.: He was obviously somebody comfortable in his own skin and did things on his own terms. Clearly he was not the kind of person who was moved by trends or whatever. He moved according to how he felt, and you have to recognize and respect that quality in anybody.

TALLAWAH: What's next for you?
C.M.: I still do a lot of consultancy work with government entities particularly the ones that are focussed on culture. I do a lot of work in South America and the wider Caribbean, advising regional bodies on matter relating to culture and entertainment. So my work keeps me busy.