GROUP DYNAMICS: Quilt learns new tricks of the trade at Contacting the World 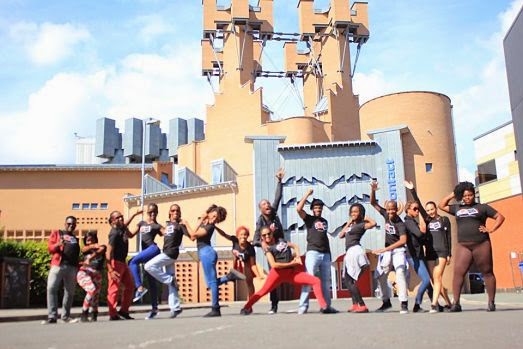 WE RUN THIS: Troupe members strike a pose on location at the July 2014 festival.

Led by their fearless, boundary-pushing artistic director, Rayon McLean, the fast-evolving Quilt Performing Arts Company prides itself on being open to new experiences. So the recent Contacting the World festival in the United Kingdom was right up their alley. As the sole representatives from this side of the world, Quilt's members were in for an eye-opening ride that reminded the youngsters of theatre's singular power to transform and elucidate.

"It was a great cultural exchange, where we learned terrific new approaches to theatre," shares senior group member Sanjay Thompson, adding that prior to flying off to join the other participants from around the world, they did their homework. "Up to the time of the competition we interacted with the companies online via social media," Thompson says. "It worked really well. They learned our approaches and we learned theirs. So when we went there we were able to show them other aspects of our Jamaican culture and they showed us theirs. We took away a lot from the festival, learning new approaches and applying them."

The stint at Contacting the World is the latest coup for the performing arts crew that has, in the past, dominated the Tallawah drama competition, mounted acclaimed small-scale shows (which combine gritty-witty storytelling with youthful, liberating energy) and continues to advance from strength to strength.

So what's up next for Quilt? Nothing yet on the immediate horizon, but you just never know where their zeal and wandering eyes will take them next. "There's always something new happening for us. We don't stop," Thompson says. "We're always working hard and putting our best foot forward."