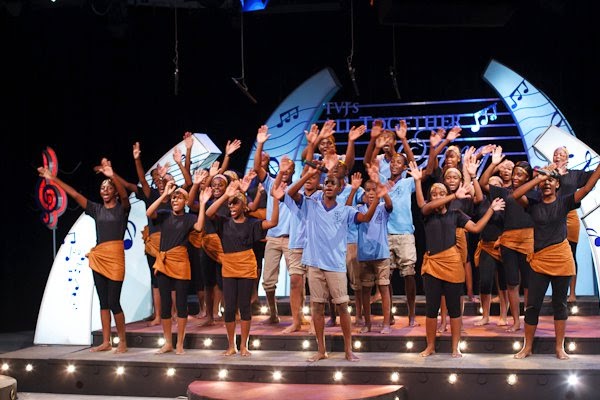 TIME OF THEIR LIVES: Choristers from Manning's School in 2010 make a joyful noise.

When TV J debuted their high-school choir competition ten seasons ago, no one really knew what to expect or if viewers would invest their time to make it a hit. But the formula worked and then some, and continues to expose talented and youthfully exuberant choral groups from across the island, while drawing large weekly viewing audiences that have proven their loyalty.

But perhaps none ism ore thrilled about the show turning a decade old already than host Sanique Vacianna, who has been the delightful face of the programme since its debut. She, too, has grown into a more appealing and mature version of herself. “I feel very honoured because at this time I am one of the longest-running hosts on television,” she says. “I’ve been a part of something that has truly cemented itself in the homes of Jamaican families, and it’s focussing so much on the youth and showing you there’s actually hope for this country.”

Given the milestone up for celebration this year, one expects a few special additions to be thrown into the mix this season but, as Sanique tells TALLAWAH, the producers are keeping the cards rather close to the chest. “I find that they’re keeping it all a big secret, even from me,” Sanique says incredulously. “We’ll have to wait until the season starts to see what’s in store.”

But one thing is clear: the creative team pulling the strings behind the scenes seem poised to advance from strength to strength. “When it comes to the auditions, we are looking at up to 50 or more schools, and then the judges have the hardest job ever to cut that down to the top 20, top 10 and then to chose the winner,” the hostess point out. “It’s the most thrilling thing ever.”