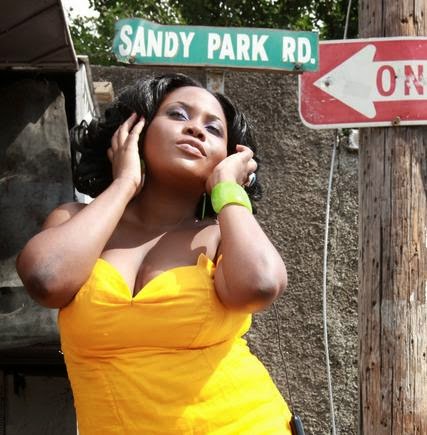 BRIGHT IDEA: "I'm here to entertain people through my brand of entertainment."

Whether maintaining her rhythm as the driving force behind the increasingly popular Mek Wi Laugh stand-up comedy series or making the leap from one media-based gig to the next, Lady Rennae is meeting the future on her own wildly inventive terms.

True to form as a mogul-in-the-making, she has conquered radio, television and live comedy, so a foray into live theatre seems like the natural next step for this superbusy bee, who was in her ackee on Sunday as she endearingly emceed the JCDC's Big State National Finals at the Ranny Williams Entertainment Centre.

As it turns out, the stage is very much on her mind these days. "David Tulloch and I will be partnering on my first theatre production, the Jamaica Mek Wi Laugh stage play, which is the latest in my movements," she reveals to TALLAWAH, taking a breather offstage moments after announcing the competition's top awardees.

The stage production, she goes on to explain, is a mash-up of the most hilarious and mildly outrageous sketches that made the Mek Wi Laugh animated TV show such a bonafide hit last year. "It's like a parody of that first season, which went internationally viral and was among YouTube's Top 10 most searched-for videos for 10 consecutive weeks," Lady Rennae points out.

While details of the theatrical adaptation are being closely guarded (she won't even reveal the members of the "star-studded cast"), Lady Rennae assures us that the production will cap the summer with a belly-busting mix of comedy and provocative food-for-thought. Her team is eyeing the Pantry's Tree-House Theatre as a suitable venue. "Venturing into theatre is something I've always wanted to do, and I'm finally doing it. So keeping my fingers crossed."

And how could our interview be complete without getting a first-hand account of her surprising exit from FAME FM recently after nearly a decade in the family. "It was an absolutely beautiful chapter in my life, and I'm pretty excited about the new venture, which is all about creativity and advancing what I do," she says, confirming, too, that she is in talks with the management of another station that "statistically draws more listeners." "I'm here to entertain people. I'm here to lift their spirits through my brand of entertainment," the 28-year-old says. "So what I'm about to do next I'm beyond excited about."

For the record, Lady Rennae wants her public to know that her departure from FAME was an amicable split, contrary to word-of-mouth in some quarters. "Let me put it this way, there is nothing that I do that is the opposite of love or the opposite of peace. I am beyond appreciative of the eight years I spent there. It was a nice ground to really explore who I am creatively," she says. "Many persons may perceive my leaving in varied ways, but my intention is always one of clarity, one of simplicity, and one of peace."