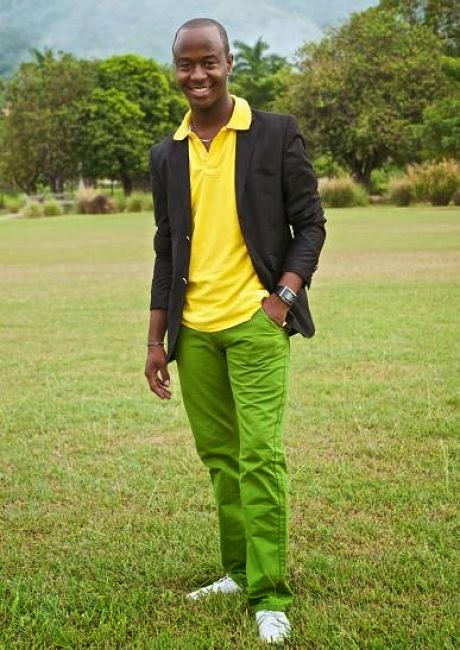 "I don't have a favourite genre; I like to listen to everything and new stuff. So sometimes my neighbours will probably hear some African music coming from my room, then they might hear some Hindi. I just enjoy music overall." This coming from talented singer-songwriter Sanjay Thompson (stage name SanJ), a senior member of the fresh-from-the-UK Quilt Performing Arts Company, whose solo exploits are starting to bear fruit. "I get inspiration from music, so I'll write a song or go to my producer and build a beat."

No doubt that's how he came up with his entry "Jamaica Boom," which swept the sectional prizes (the Voters' Choice Award and Best Performance) and second place overall in this year's National Festival Song Competition, which culminated with an electrifying grand finals showcase inside the Ranny Williams Entertainment Centre on Saturday night. (First place went to ex-Magnum Kings Queens contender Deep Jah-I for "I Love JA.)

For what it's worth, "Jamaica Boom" is a stunning early achievement that has granted the 22-year-old Thompson a sturdy foundation to build on. Asked why he opted to enter the JCDC-run competition, he responded, "I've tried songwriting, and I noticed I've been improving on it." As for his primary musical influence, the answer is a no-brainer. "Generally, my influence is John Legend," he says. "Sometimes some of my friends call me John because he influences me so much I end up singing the songs off his album and don't have no other songs to sing." He laughs at the recollection.

In 2012, Thompson entered a regional song-for-radio contest, placing second out of scores of participants. It was all the encouragement he needed. "I said to myself, I can do this; I have the talent. I love culture. This is it," he recalls of his Eureka moment.

Now, with another runner-up notch just added to his belt, Thompson is anxious to discover what the future holds and where his talent will take him. "Hopefully, more opportunities can come about and that will help me because I can't do it on my own," the St. Jago High grad admits. "We're young, so competitions like these give us exposure in the pursuit of our dreams."