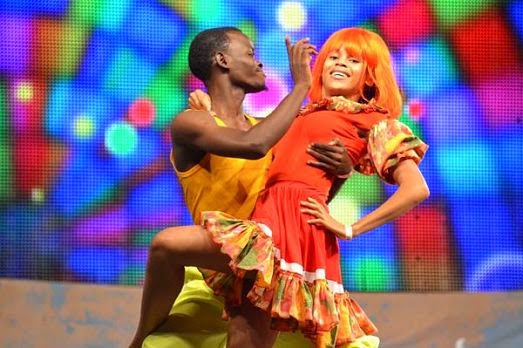 POP ART: The 2014 showcase was a spirited fusion of colour, rhythm and motion.

Who knew that the massive Green Grotto Caves could fit inside the Ranny Williams Entertainment Centre? Not possibly in the physical sense, of course, but that didn't stop the enterprising production team behind Mello Go Roun' from adopting the landmark St. Ann fixture as its mystical setting for this year's exuberant, sparkling showcase held on Emancipation Day.

Working with the theme "It's Mello Mystic," Friday's production was split into three equally thrilling segments: Reminiscence, Boasify! and Magical, bringing to the big stage the most outstanding and entertaining items from the 2014 JCDC Festival of the Performing Arts, while reaffirming its position as Jamaica's premier family entertainment spectacle celebrating the exciting diversity of our island heritage.

In the end, the show ranked among the finest Mello Go Roun' presentations TALLAWAH has witnessed in recent years. A tightly run and beautifully lit show, we got a bit of everything, starring front and centre youthfully energetic performers hailing from primary and second day institutions of all 14 parishes.

When it came to dance, St. Catherine's Belmont Park Primary ("Body In Motion"), the perennially brilliant Tivoli Dance Troupe ("Rocking Dolls") and Kingston's Laud Dance Ministry ("Mountaintop Praise") got the memo that there's no substitute for technical rigour, poise and uniformed movements. The oral tradition was well represented, too, with memorable performances by, among others, Ardenne High's super-expressive Johnique Francis, a robust all-male choral group repping Mona High, and Westmoreland's tween sensation Jhanelle Alder (Unity Primary), who had the crowd in stitches as she recited "Lunch Time Line."

Finally, adding some much-welcomed musical spice were the Mount Alvernia and Cornwall College Singers' tuneful "Ode to Jamaica" and Ardenne High's spirited take on the Cliff classic "Many Rivers to Cross," which could very well work as the theme song for the ongoing Jamaica 52 festivities.