ON THE RECORD: Singer-songwriter Natel on his artistic growing pains 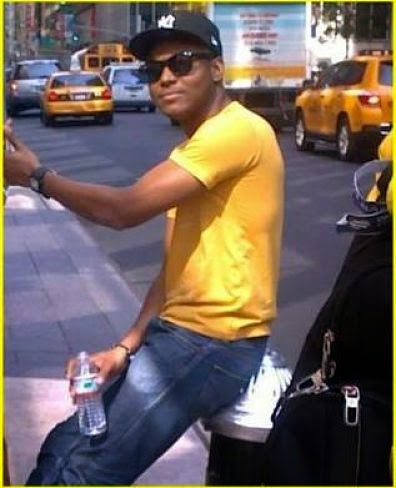 STREET SMART: "There are things that I still need to work on and strengthen," admits the crooner.

Patience is hardly the signal virtue of our age, but count Nathaniel 'Natel' Hewitt among the reggae industry's most promising young male crooners who don't mind bearing the potentially frustrating wait that so often precedes an artistes' real brig breakthrough. He's all about endurance. But given that the industry produces a new "next big thing" almost every other week jostling for space on the charts and radio playlists, he's smart enough to keep grinding hard on the new singles that will populate his forthcoming sophomore EP and lending his time and considerable vocal prowess to events like the Reach One Child Jamaica's recent charity concert and kids' fest, which is where we caught up the singer.

TALLAWAH: You've been on our radar ever since you graduated from Rising Stars circa 2006 and collaborated with goddesses like Cherine - and we've been anticipating your ascension to that next level. Why hasn't it happened yet?
Natel: For me, it's a journey/. I have the talent. We know that already. But there are things that I still need to work on and strengthen. Like even my performance earlier and doing interviews like these. This past year I felt like I needed to find myself more. But I stay motivated being around greats like Mr. Vegas, Dean Frazer and Mikey Bennett. I have the potential, and I know that one day I'm going to shine. But at the same time when I get there I don't want to get dim none at all.

You dropped your first EP, Miles Away, to coincide with Valentine's Day in 2013. What's new?
I'm working on the next EP right now. Not sure of the title because we've gone through several name changes already. It's almost ready and when that drops that's when a new chapter will start in my career. It could be this year or early next year.

You belong to that new-generation class featuring star pupils like Romain Virgo and Christopher Martin. How do you feel about their continued success in the biz?
Ah mi bredda dem. And they're doing exceptionally wel out there. And I look at them and I endorse them and what they've been achieving. On my EP I'd love to have Romain Virgo collaborate on a song. I spoke to him already and he said he'll come through and do it. I've already written the song, so I'm just waiting on the right time for us to record it.

The humility you exude on stage and in person is one of the most appealing things about you. How do you stay so grounded in an industry where the ego reigns supreme?
My family, friends and fans. As long as I have real friends around me that love me and support my music, I'm alright. You have to just live in love and do what you can.

You turned 27 recently. What's the single most important thing you hope to accomplish by the time you reach 30?
I want to go to college. After high school I decided to do music and spend some time on it. But more and more I feel like college is something I should start taking a serious look at.