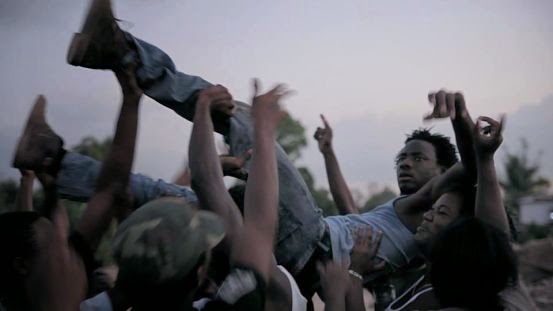 CARRYING ON: Actor Oneil Peart gets a lift in this scene from Joel Burke's My Vote. Below, Serieux and Saulter.

WHERE: Carib 5 Cinema in Cross Roads

BETTER LATE THAN NEVER: After trekking across North America and Europe, captivating audiences of all sizes at some fairly well-known film festivals, Ring Di Alarm attracted a near-standing room auditorium to witness its official Jamaican unveiling. "It's been a long and momentous journey for us," explained Michelle Serieux, flanked at the podium by the other five creative souls whose highly laudable work make up the seven-piece short-film anthology. Serieux, a St. Lucian native, has the distinction of being the sole female voice represented in the project. "We've taken this film around the world and what really inspires people is the way it was done."

THE BIGGER PICTURE: The NCC is a much-welcomed addition to Jamaica's - and the region's - art world, a group of burgeoning filmmakers, holding fast to proper artistry and craftsmanship, who've teamed up to create a richly cinematic experience, equal parts thrilling and thought-provoking. "We took it upon ourselves to create a body of work for free. Fully self-financed," Serieux noted. "We want to inspire people, other filmmakers, who are just beginning and let them know that it is possible."

GIVE THEM A HAND: Wednesday night's viewing of the film was peppered with intermittent applause and regular peals of laughter - sure signs of enjoyment of the filmmakers' labour, from the soulful and atmospheric ambience of Nile Saulter's The Young Sea to the otherworldly appeal and comedic wit of Ras Tingle's Parish Bull. "This was a project done with enthusiasm and excitement," offered Kyle Chin, who contributed the intense mini drama Sunday, "and we want it to continue." 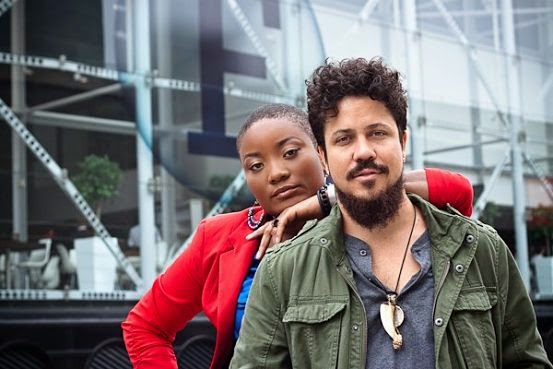 PIONEERING SPIRIT: The NCC posse expressed genuine gratitude for the handsome, encouraging turnout (scores of eager and curious folks), but the presence of living legend Franklin 'Chappie' St. Juste, who was recently hospitalized, was particularly meaningful for them. They took a moment to single him out for special recognition. "He's been a mentor to us at New Caribbean Cinema ever since we started, and I'm sure to many others in the film industry," recalled Serieux. "We salute him as a pioneer in Jamaican cinema."

THE ROAD AHEAD: Sponsors like Flow and Blackwell's Fine Jamaican Rum helped make the premiere a reality - and a hugely enjoyable one at that. (The vibes continued at the Redbones-hosted after-party.) According to team leader Storm Saulter, Ring Di Alarm will play in the local cinemas over the weekend, the result of a deal struck with Palace Amusement, giving all Jamaicans the opportunity to share in the experience. "Every time I come into this cinema to watch a Jamaican film, it's a special moment. Big respect to the people who gave their support and made this all possible," the ace director said, even as he highlighted the aching need to get more home-bred and independently produced narratives up on the big screen. "It's great to see a full cinema, but we need to get to the point where a local film is more than a chance thing. We can fill up a cinema for a Jamaican film just like a Hollywood film. So please raise your voices with us," he told the rapt crowd. "For us it's about finding new ways of speaking. Local is global."