A TOUCH OF FANTASY: Wolmer's 2014 repertoire fuses vibrant elements of motion and magic 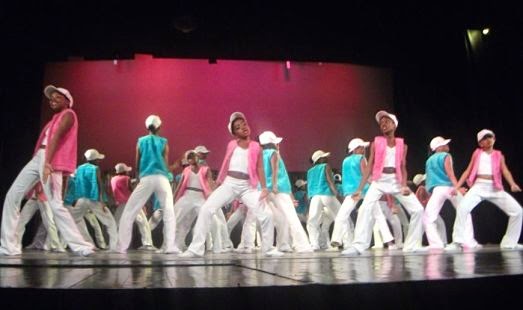 Cinderella got her prince, Marley magic reigned supreme, and modern dancehall got the final word. The 2014 season of dance (dubbed "Beyond") by the Wolmer's Dance Troupe, a company on the cusp of 25, was an intoxicating celebration, fuelled by eye-popping colour, fairy-tale magic, rhythmic motion and no shortage of youthful exuberance from an army of lithe girls (and a couple of young men) who held us in their thrall for the full two-and-a-half hours.

In keeping with tradition, Artistic Director Barbara McDaniel took the lead on choreography, crafting at least 10 of the programme's twelve works, alongside guest collaborators like Orrette Beckford, Nicholas McPherson, Ayana Graham and Stephanie Smith, whose "My Battle Within," was an unqualified delight, exploring the ubiquitous light-and-dark duality with sophisticated style and ounce of flourish.

Another notable highlight: "Glorious Days," a sweeping spiritual ode that closed the first half, buoyed by a powerful soundtrack of Kurt Carr, Troy Sneed and the harmonious nuns of Sister Act. Working with the Luther Vandross classic "A House Is Not A Home," another McDaniel crowd-pleaser "My Space" provided an emotionally charged slice of domestic bliss with stylish props that served to heighten the work's interpretive feel. 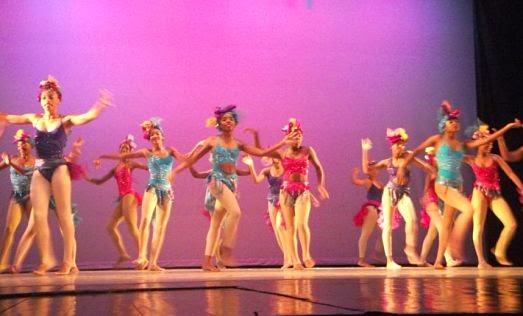 "Land of Dreamers", meanwhile, took on aspects of the Alice in Wonderland and Cinderella fables and turned them on their ears to create a four-movement pastiche steeped in fantasy, melodrama and magical realism.

And because we all wanted our happy ending  — not necessarily of the storybook variety  — we found it in "Trapped - In a World of Their Own," a brash and attitude-laden piece that managed to intriguingly capture the energy and excitement of modern Jamaican popular music.