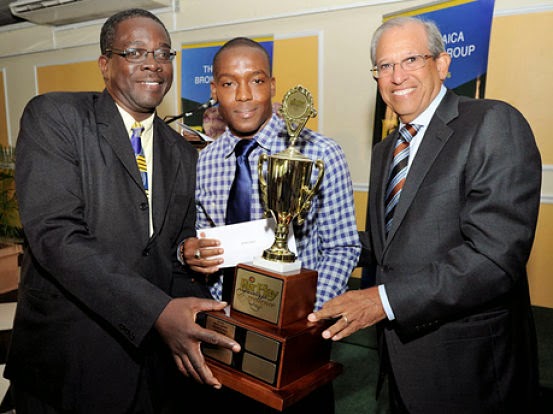 Back for its 14th anniversary staging, the Fair Play Awards, sponsored by the Jamaica Broilers Group, this week recognized some of the most outstanding work produced by Jamaican journalists over the course of the past 12 months. The eligibility period ran from August 31, 2013 to July 31 of this year.

At the awards ceremony, hosted by the Terra Nova Hotel in St. Andrew, the top prize going (a hefty $500,000 cheque and the first-place trophy) went to Ryon Jones and Arthur Hall of The Gleaner company for their in-depth and eye-opening report "Inappropriate Sexual Education." Claiming second-place honours was the electronic entry "Whipped in the Name of Discipline," the product of an independent house that was broadcast on CVM and TV J.

Third-place, meantime, was a tie between The Gleaner's Corey Robinson for "Death Squad" and "Living In Limbo," a deeply researched piece from TV J's formidable quartet of Kirk Wright, Ivan Shaw, Robert Hylton and Tameka Carter.