MAN OF THE MOMENT: Can Dr. Carl Williams lead the JCF into a definitive new era? 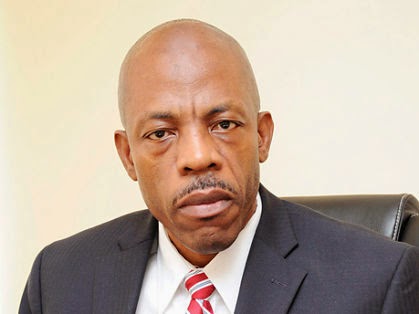 PROUD TO SERVE: Having risen through the JCF ranks, Williams, 50, now holds the view from the top.

At a time when the Jamaica Constabulary Force is in dire need of visionary leadership as the war on crime rages on, great expectations rest on the slender shoulders of newly installed Commissioner of Police, Dr. Carl Williams. Can he lead the force into a definitive new era? It remains to be seen what his tenure will yield but, as media reports attest, many in high office are rooting for him to turn things around once settled into the lofty post left vacant by predecessor Owen Ellington.

Unsurprisingly, the new top cop's appointment by the national security ministry has been garnering deafening buzz in all quarters, from the newspaper front pages to radio talk shows to social media to the musings of popular and well-respected social commentators like The Gleaner's Dr. Orville Taylor, who outlined his POV in a rather optimistic and insightful column on Sunday. "As a nation we cannot afford for Williams to fail," Dr. Taylor asserted. "He must continue to squeeze out corruption, improve professionalism and collaborate with other bright loyal police in doing his work."

A son of Trelawny and a product of Clarendon's Edwin Allen High (formerly Frankfield High) and North America's Sam Houston University, Dr. Williams comes to the post with, yes, a dazzling and much-gabbed-about PhD in Criminal Justice but, more importantly, over 30 years of service under his belt as a beat policeman. A few more fascinating facts about the new JCF boss, who officially enters office on Monday, September 15: he's become the 28th Commissioner in the force's 149-year history; Williams is also the eleventh Jamaican to land the plum job and only the ninth overall to have risen through the ranks of the JCF.

As in years past, today's Jamaica is cloaked in an atmosphere of challenge, change and spiralling crime statistics. All eyes will be on Dr. Williams as he laces up his boots. To say the very least, he has his work cut out for him in rooting out corruption, safeguarding human rights, bolstering community policing and re-establishing cop-civilian trust and respect, to cite only a few of the ares that urgently need addressing.

"All patriotic Jamaicans must give him support and keep him, like his predecessors, politically neutral, sober and honest," Dr. Taylor noted, amusingly adding, "After all, we want him to last beyond Round One." Time will tell.