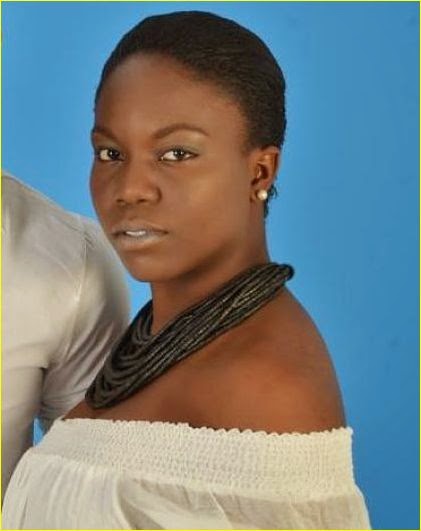 Shanique Brown cites such seductive songbirds as V.V. Brown, Ledisi, Chrisette Michele, Rachelle Ferrell and Joss Stone among her musical idols. By all accounts, she has what it takes to become one herself. With wondrous vocals, sultry style, a bit of diva flair and the requisite balance between sugar and spice to endear her audience, there's definitely something about Miss Brown. Little wonder then that following her brief yet memorable afternoon performance at the Gungo Walk Music Festival on Saturday, she has had random folks coming up to her (even in the midst of our interview) to express just how deeply they were moved by her performance.

Brown, who graciously accepts all her compliments, rendered a mix of covers and her own originals like "It's Love" and "Press Play," but if you ask her, writing and singing her own own material is the thing. An absolute imperative. "I don't like performing other people's songs," she says flatly. "I prefer to write my own stuff because people can connect to you better, and that's my goal as an emerging artist. I love to write, period. And I try to stay inspired and put my all into my music. I think people are starting to feel me."

Brown, only 22, is among a growing list of soulful and poetic young queens (Racquel Jones and Gabrielle Reno, please stand up) intent on carving a niche for themselves in contemporary Jamaican music, despite the industry's overarching penchant for buzz and hype over real talent. Quite admirably, I hasten to add, these gifted girls know the steep uphill task they face to make a solid mark, but they're more than up to the challenge. "My dream is to become a full-time and successful professional singer," reveals Brown, a UWI grad whose depth and intelligence translates beautifully onstage. "Right now I do have a nine-to-five, but I definitely want to take up music full-time."

But Brown is no stranger to the spotlight, as she has been quietly building a solid body of work as a promising stage actress. Over the past few years she's made notable appearances in such productions as the the very recent Absent Friends and Jonkanoo Jamboree (both by the University Players), where she kept pace with Nadean Rawlins and Bryan Johnson, and worked with directors like Fabian Thomas, Michael Holgate and Brian Heap.

With gratifying female roles in local theatre an increasingly scarce commodity, Brown tries to work as much as possible. "I try not to say no to anything that comes my way. I try it, even if it's not my forte," says the Ardenne High alumna. No doubt this is only the beginning for a young lady who exudes a radiant star quality and walks with the poise and grace of a leading lady. Whether in front of the microphone or a theatre audience, centrestage is clearly where Shanique Brown was destined to be. "I want to accomplish so many things; I don't even know where to begin," she readily admits, beaming. "I'd love to do some more songwriting, film acting and theatre — and even own my own record label."